A. Kjærbede: Danish design with a focus on good quality –and price

For most people, sunglasses are both a meaningful and necessary part of life. But why do they often have to either cost a fortune or be of such poor quality?

In response to these conundrums, A. Kjærbede came into existence in 2016. Founder and owner Adam Fredshavn Geertsen was questioning why such an essential everyday item is always either so expensive that it is “kept for (Sunday) bests”, or the substandard quality such that they simply are not made to last.

Sunglasses are often a part of our experiences or what we do; we carry them with us almost everywhere. Sometimes the same sunglasses survive many seasons, festivals, beach holidays and city breaks, but just as often, we leave them behind on the bus, accidentally sit on them on the airplane, or they come apart in the bag – or we simply tire of them and want to try something completely different. So, when one day, Fredshavn Geertsen was talking to a friend about the possibility of creating good-quality sunglasses in gorgeous designs, but at a much lower cost, the foundations of A. Kjærbede were laid.

This vision became the starting point for a Danish brand of sunglasses where quality, design and functionality unite in such a way that they are affordable to everyone. Evidently, Fredshavn Geertsen was spot-on with his idea, because with only four collections in the bag, A. Kjærbede sunglasses are now being sold in 23 countries and stocked in more than 1,600 shops worldwide. And the growth chart only continues to rise.

Despite the relatively short period of A. Kjærbede’s history, they recently launched their fourth collection. Every season is inspired by Nordic values and Scandinavian design with a minimalist yet edgy look. The sunglasses must feel luxurious and exclusive, even though they cost little more than a bag of coffee beans.

From the very beginning, Fredshavn Geertsen has designed all the collections, and he still does this with passion and pleasure. With more than 20 years of experience in the fashion industry, he has developed a certain aesthetic sense of the best combinations of colours, shapes and materials, and as such he also has a very wide frame of reference for his designs.

In his design of the sunglasses, Fredshavn Geertsen places huge emphasis on the feel of exclusivity. This is an approach he uses in connection with the brand itself – not just in the production of the sunglasses. To A. Kjærbede, the focus is on creating an all-round luxurious experience for the customer, from the first photos or videos of the product they come across, to what they read about the values and inspiration behind the brand, the online shopping experience and, finally, the moment they receive the product.

The company works from a certain holistic vision, and this is also why you’ll always receive your A. Kjærbede glasses in thoroughly high-quality packaging – and in addition, every item comes with a travel case and a cleaning cloth. Because even though the product is at the lower end of the price scale, it must feel like a real treat.

This is also one of the reasons why these products have, in record time, become a staple on the shelves of select and successful retailers all over the world, such as the Louisiana Museum of Modern Art, the V&A in London, Kyoto, Bahne, SamsøeSamsøe, PLT, Urban Outfitters, ASOS, BOOZT, Beams, Nelly, The Hambledon, Accent, Johnny at the Spot, and many more.

Core values and the meaningful life

A. Kjærbede’s 2022 collection is called The Dreamer Collection and is heavily inspired by – you guessed it – dreams. The aim of the collection is to be open and to make room for everything that we as humans are. It distinguishes itself from predefined boxes and the narrow minds with which we sometimes view ourselves and each other. “It’s so important that we dare to be, dare to dream, and dare to try,” says Fredshavn Geertsen.

“The last four years have seen the creation of several re-runs, styles so popular and in demand that we produce them again in the following season, often in new colours. The Dreamer Collection introduces six completely original designs and the full collection counts 17 different styles, each with their own expression, their own history, and their own name,” the founder and designer adds.

Many of the models have been named after people in Fredshavn Geertsen’s life, or with some relation to the business – like two of the bestsellers, Winnie and Marvin, which are named after his two sons, Marvin and Winston.

Even though A. Kjærbede’s growth is constant and rapid, the company is still 100 per cent driven by its core values – and if you ask Fredshavn Geertsen, he’ll tell you that he does this because it gives his life meaning at every stage of the process. 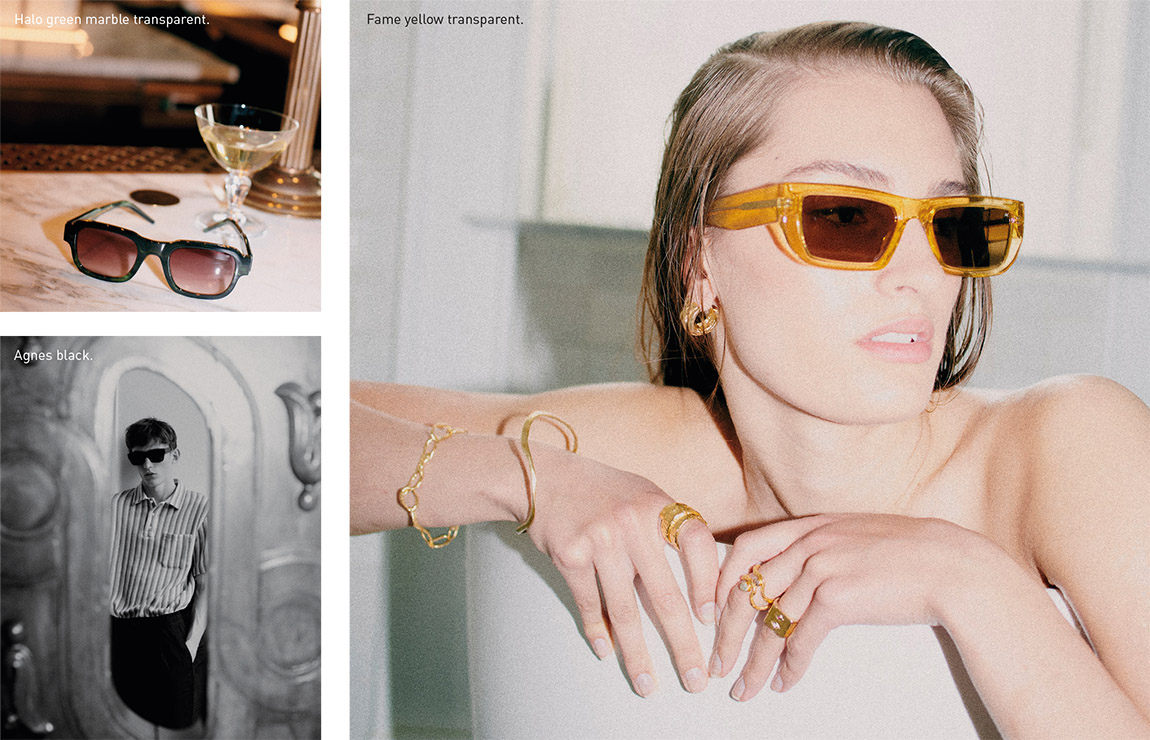 Absolut Home: The craft of cocktail-making and fashion connections