A study of the human benefits gained, in several projects by the Danish architectural firm Arkitema Architects, shows that architecture can make a significant difference. Architecture can improve the lives of the people it is inspired by. Among the remarkable results, is a 70 per cent reduction in the number of physical restrictions at a psychiatric department designed by the firm.

When architecture can change and improve people’s lives, it is not just because of the aesthetic value it adds. No, architecture is about much more than attractive facades, stresses Partner Jørgen Bach. ”Our starting point is always ‘people in architecture’. Humans are at the centre of our work. It’s our company’s heritage and culture; it saturates everything we do; it’s the way we think, the way we are trained, and how all assignments begin.”

Since its foundation in 1969, Arkitema has created a string of projects, including housing, commercial, educational and health institutions. Among its most famous projects, are Copenhagen’s probably most popular new neighbourhood, Sluseholmen, and Esbjerg psychiatric hospital in Denmark

With a 70 per cent reduction in the number of physical restrictions and a 61 per cent reduction in the use of tranquilisers, the numbers speak for themselves at Esbjerg Psychiatry. Furthermore, interviews show that, thanks to the new architectonical frames, both patients and carers feel safer and happier in their everyday life and work. Essentially, the new design has opened up the whole building using glass walls to separate units, creating transparency, increasing freedom and lessening the feeling of isolation for patients in the closed wards. Anne-Grethe Borch Lauridsen, department supervisor, explains: “Now, the closed-ward patients can access the courtyard area on their own, 24 hours a day, as the staff can still keep an eye on them from the staff room. Our staff is much more visible as there is so much glass, and we also experience that that’s something which makes the patients feel safer and calmer.”

Other new features include more green areas, more visibility to these areas and a new sports hall with increased activity offerings. 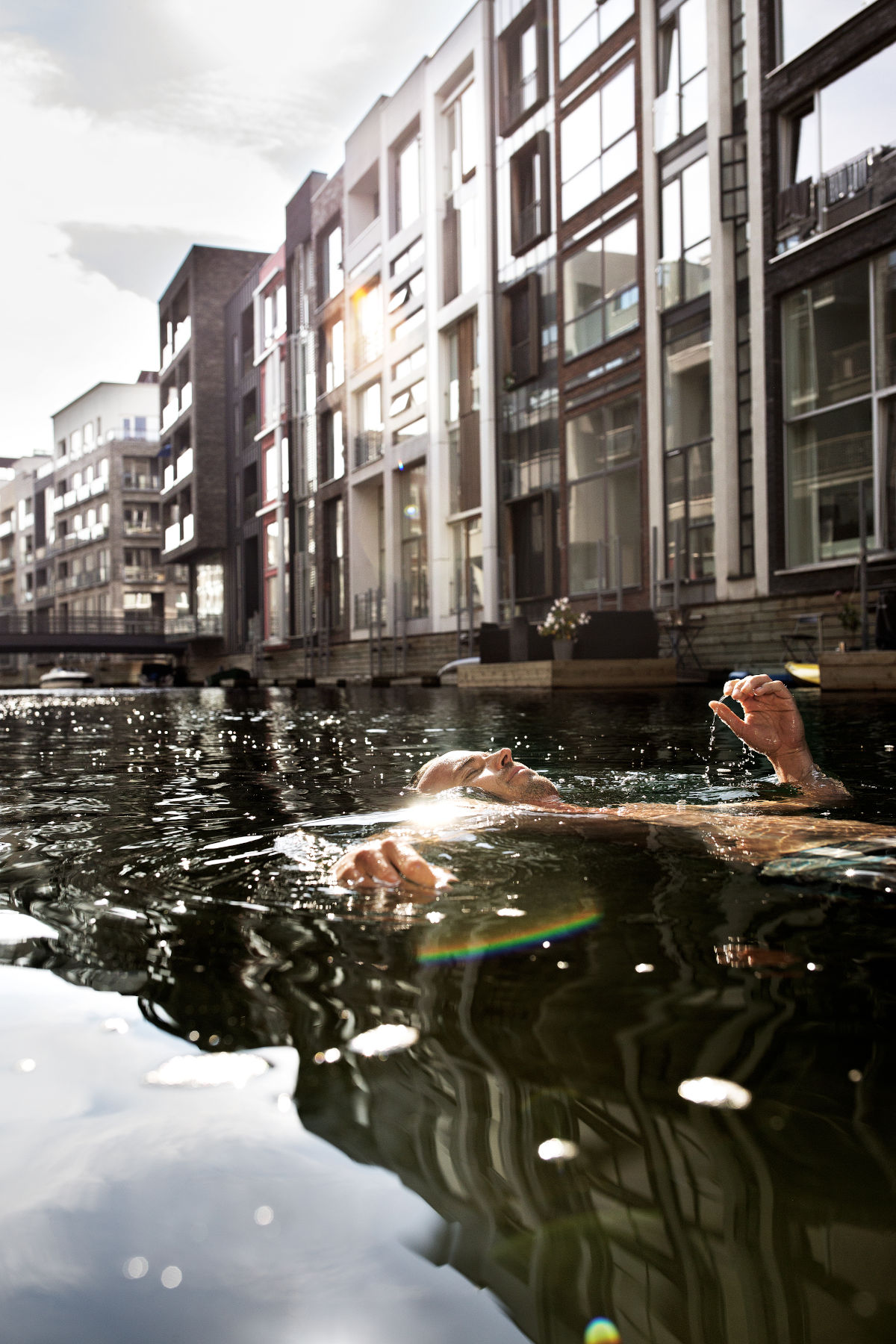 Part of my identity

Those who have visited Sluseholmen in Copenhagen might be surprised to learn that the entire city section is just seven years old. A mix of children, young people, dog owners, and new families, strolling, swimming and chatting outside, all add to the feel of a buzzing, well-established local community. “With more than 1,000 apartments, and canals, courtyards and bulwarks, this project is a prime example of how it is possible to create a new urban development that feels liveable and natural,” explains Bach, and adds: “With Sluseholmen, we took great measures to ensure the human scale of everything, to increase the possibilities for interaction, and to create experiences that ensure variation like, for example, the stairs leading down to the canals or the small wooden jetties.”
Once again, the research done by Arkitema backs up these ideals, as statistics show that living close to nature and water enhances people’s quality of life. A living example of this is Jørgen Koch, a 36-year-old watersports enthusiast who has been living in Sluseholmen since 2011. Every morning, he goes for a swim in the canals, which he can enter directly from his flat. He has also designed his own extended terrace, a motorised jetty, where he can, among other things, enjoy his morning coffee in a sunny spot on the water. ”This area is amazing for someone like me, who’s sailed all of my life, I feel that living here is a very unique thing. It’s become an integrated part of who I am.”

However, it is not just new, striking neighbourhood projects like Sluseholmen that can bring changes to people’s lives. On a much smaller scale, residents of the run-down housing estate Rosenhøj, gained a renewed feeling of trust and safety in their neighbourhood after some changes were implemented by Arkitema. Entrances to the block were moved to encourage meetings between neighbours and new playgrounds and green areas were created, all of which resulted in the percentage of people leaving the area, falling. “What we want to do is literally to bring architecture down to earth, and to create living and breathing spaces for living and breathing people. That’s why we always say: ‘people in architecture, that’s what it’s all about’,” Bach rounds off. 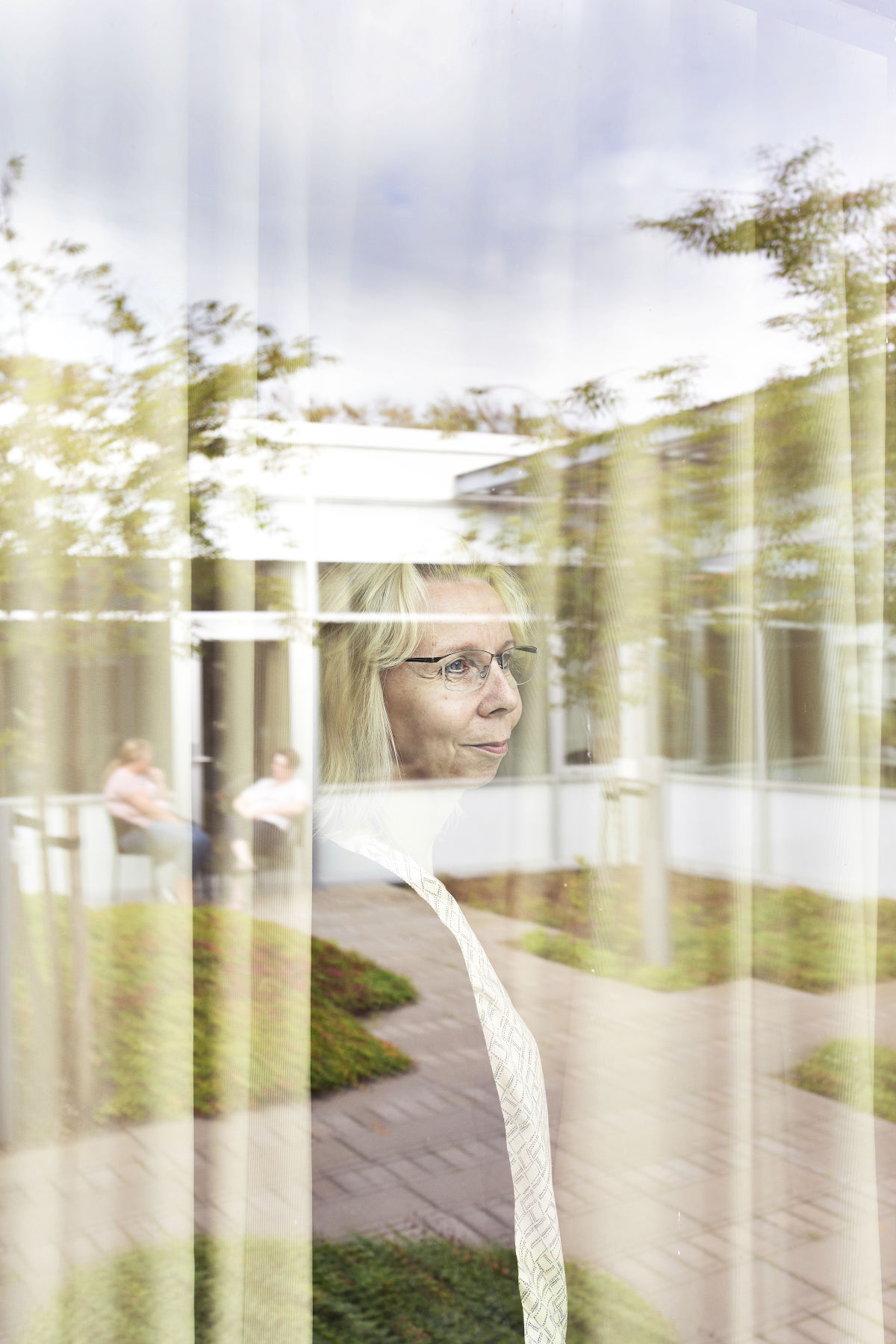 arkitema.com Read the feature on issuu