With a strong heritage yet always forward-thinking, Bolon combines art, fashion and architecture with woven designs. This year has seen a new collection with an exciting VR solution as well as made-to-measure design rugs, and the most recent collaboration with renowned designer Patricia Urquiola was launched at Milan Design Week.

Bolon specialises in innovative and sustainable flooring solutions for public spaces, with clients such as Armani, Google, Four Seasons Hotels, Chanel, Adidas, Apple and Missoni Home. The company has gained worldwide recognition for its award-winning design, superior quality, and collaborations with some of the world’s most acclaimed innovators and creatives.

This year, Bolon has revealed a number of exciting new projects. In January, the new base collection Emerge was released with a special VR tool, a virtual world where the user can explore architectural spaces such as a hotel, a museum or an office, with flooring from the new collection. And for the very first time, Bolon offers made-to-measure design rugs – a great complement to the existing flooring with endless possibilities to choose the right rug for environments and projects not suitable for wall-to-wall installations. 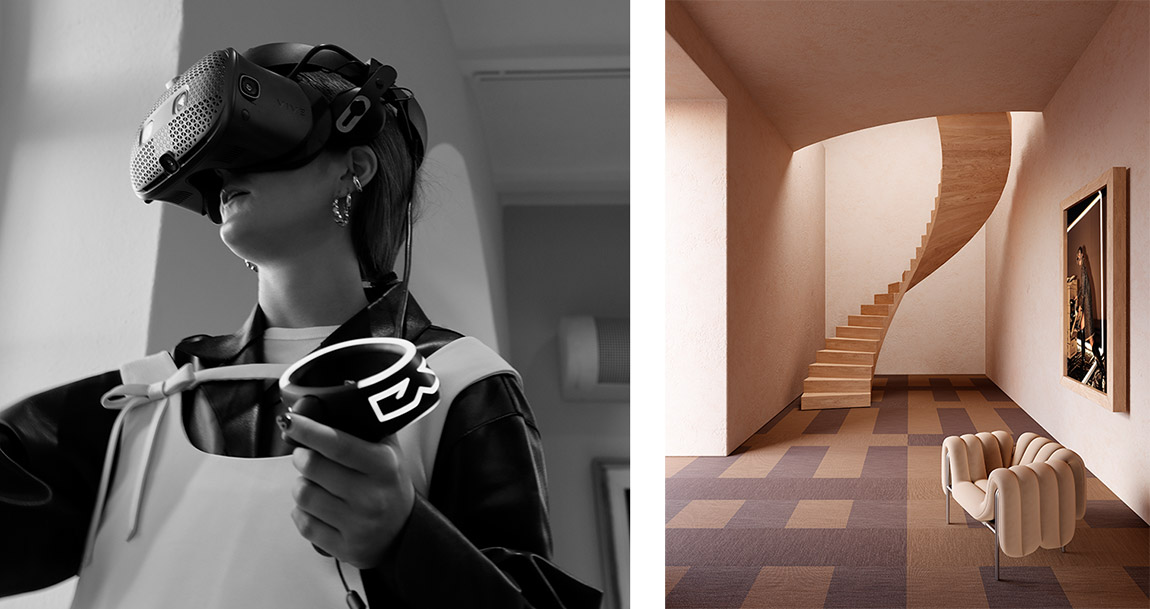 Left: The Emerge collection was released with a special VR tool. Right: Bolon’s new base collection, Emerge, launched in January.

Bolon by Patricia Urquiola, four in one

At the recent Milan Design Week, Bolon announced its latest design collaboration with renowned industrial designer and architect Patricia Urquiola. Her addition to Bolon is a modern collection with expressive yet subtle design. “Patricia is a fantastic designer, and her creativity and never-ending curiosity make a perfect match with Bolon, where we believe that great design is design that lasts,” says Annica Eklund, chief creative officer.
⁠
The high-end design collection with four designs is characterised by soft colours and expressive patterns: Grey Sashiko, Light Sashiko, Nude Sashiko and Sage Sashiko. Inspired by the Japanese stitching technique ‘sashiko’, the collection features recycled material, has been produced using renewable energy, and has a durability rating of 33, making it suitable for heavy commercial use like in offices, hotels and in retail, where it also adds softness, warmth and neutral elegance.

“Bolon is an exciting brand that has successfully maintained an ambitious design approach in a highly technical-focused contract business,” designer Patricia Urquiola says in a statement. “It inspired me to explore the interaction between the strong structure of the flooring and its tactile woven expression. I wanted the collection to have a soft textile touch balanced with gentle colours. During the collaborative process, we discovered a resemblance between the Bolon weave and traditional Japanese ‘sashiko’ stitches. We decided to enhance this aesthetic, creating a warm texture appearance. The result is a hard-wearing commercial flooring with a warm, comfortable softness.” 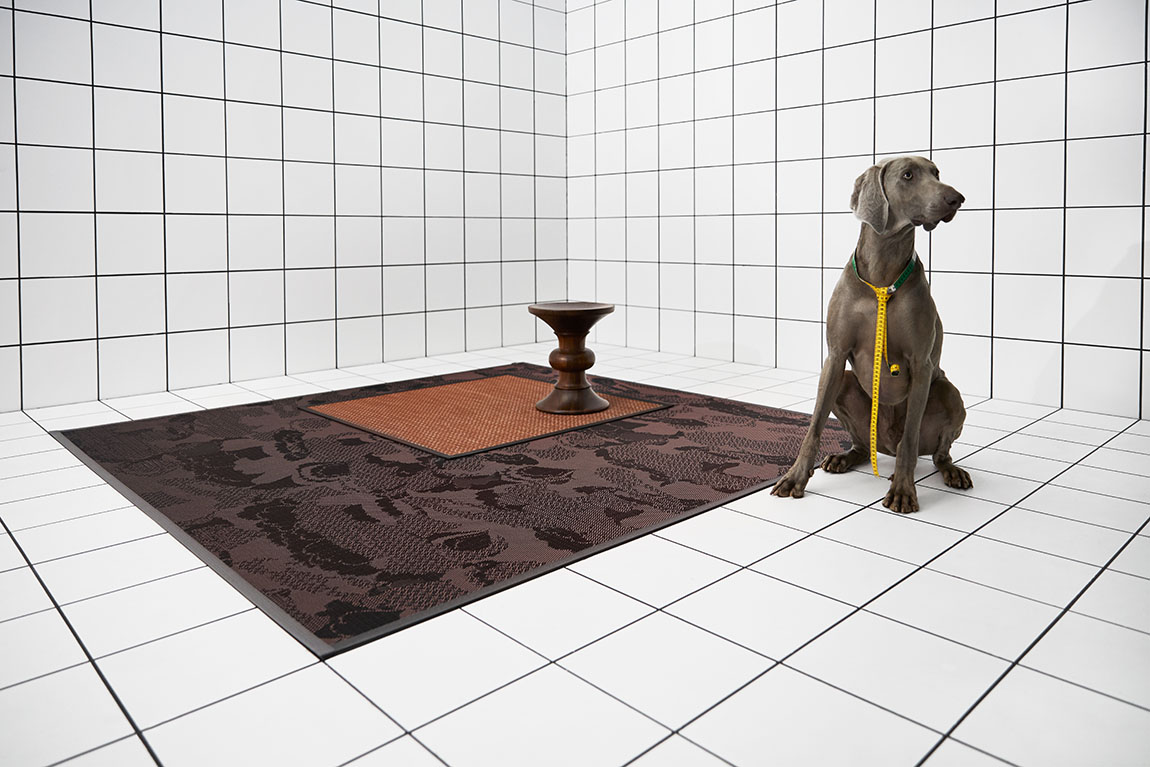 The progressive company is managed by sisters Annica and Marie Eklund, the third generation to run this successful, family-owned business. With heaps of passion and commitment, they have challenged conventionality and transformed the traditional weaving mill into a modern, cutting-edge brand. “Bolon is a mix of craftmanship and innovation, driven by design,” highlights Annica. “We are entrepreneurs at heart. Even though we are the third generation now, this is just the beginning and that’s pretty fantastic!”

The sisters’ grandfather, Nils-Erik Eklund, started the company back in 1949, born from an idea of making use of leftover textiles and creating rag rugs for homes. His son, Lars, took over in 1967 and, from a love of camping, developed awning mats tailored for caravans, which were launched abroad and became a big success in the camping domain. Production eventually expanded to include flooring for offices in 1991, and two years later, the wall-to-wall vinyl flooring was launched. In 2003, the two sisters took over.

Similar to their grandfather, who was ahead of his time, the sisters are keeping the innovative spirit alive and constantly strive to create long-lasting products. “We want to be the leader in environment, technology and design,” Annica emphasises. “Sustainability is a part of our design and something we always keep in mind.”

Bolon has an ambitious goal: that no later than 2028, their floorings will be 50 per cent circular, with half of today’s carbon footprint. All products are designed and manufactured at the facility in Ulricehamn, which also houses a recycling plant that transforms production waste into new floors, and all collections contain recycled material. 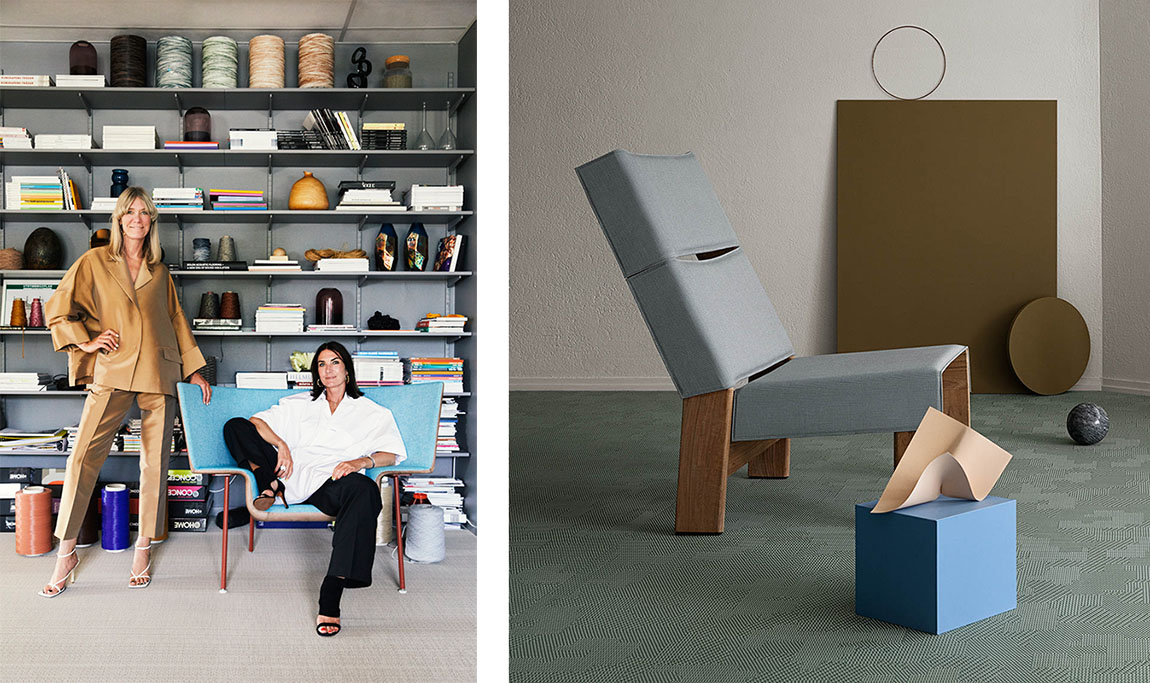