Fjordlandet: The place where sagas and adventures begin

Fjordlandet, the land of the fjords, comprises Lejre, Roskilde and Frederikssund and the national park Skjoldungernes Land. The area is just 30 minutes by train from Copenhagen and is home to some of Denmark’s most important Viking sites, the graves of most of the Danish monarchy, and astounding scenery around Roskilde Fjord and Ise Fjord.

Many have heard of Beowulf, who saved King Roar from the monster Grendel. That great act took place in Lejre, where King Roar was the king of Skjoldungerne (Scyldingas), who were prominent throughout Fjordlandet between 650 and 900. There are few places where history comes to life in the same way that it does in Fjordlandet, and for both young and old, there are many wonderful opportunities to get stuck in with the stories of the Viking Age and feel like part of that time. 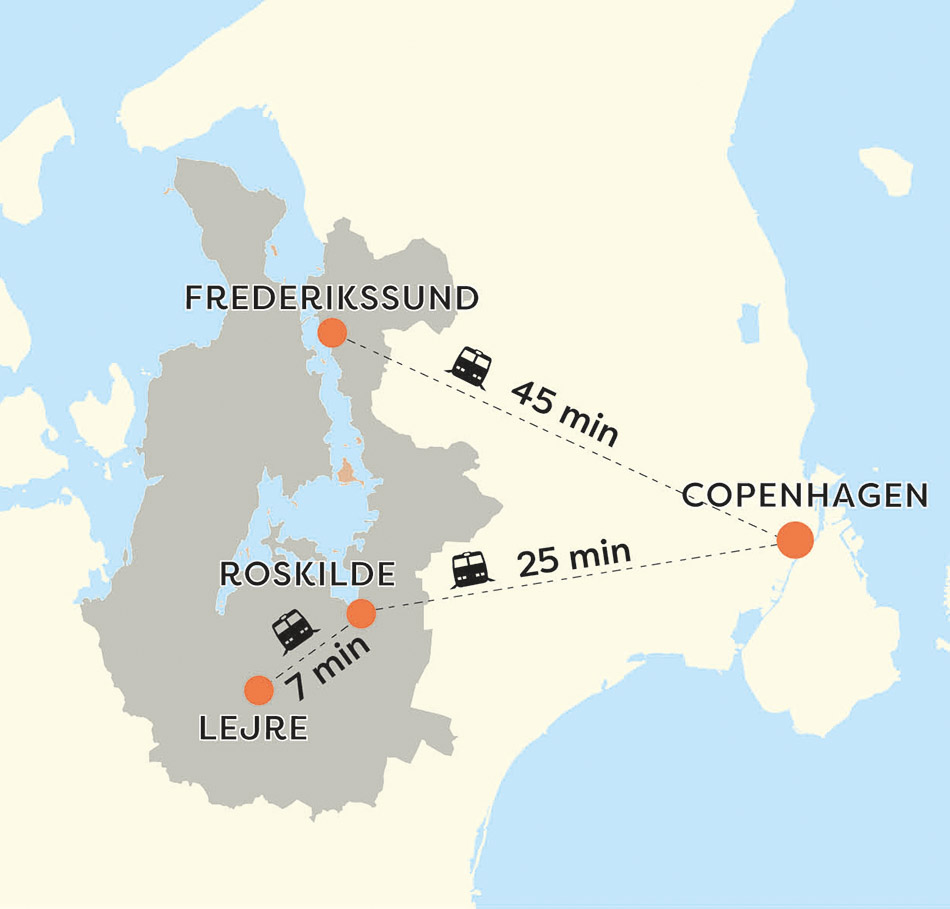 “Fjordlandet is one of the best places to explore the Viking Age. The best place to start is Lejre Museum, where there’s a good introductory exhibition with amazing finds from the Viking Age. Just outside the museum, there are archaeological sites like stone ships, which were gravesites or monuments, waiting to be explored. After that, I’d head to Lands of Legends Lejre, just two kilometres away, where history comes to life as you step back in time to a complete Viking village, where it’s possible to sample Viking food, fight like a Viking and immerse yourself in the day-to-day life of a Viking,” explains Thomas Kær Mahler, project manager at VisitFjordlandet. 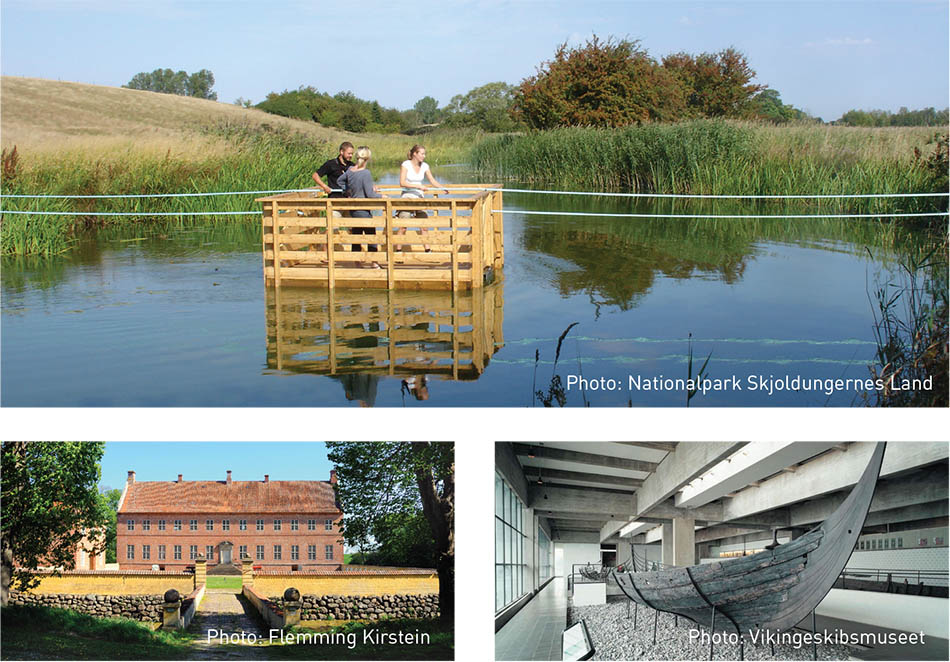 In May, Lands of Legends will also open Denmark’s biggest Viking hall, which has been built to replicate the biggest Viking hall ever found in Denmark. After exploring Lejre, it is worth heading towards Roskilde to the Viking Ship museum, where it is possible to see three different original Viking ships and sail on Roskilde Fjord in replicas of them. Roskilde Domkirke, a UNESCO World Heritage Site, is only a short walk from there, where the last Viking king, Harald Bluetooth, is said to be buried, and where most of the Danish monarchs have been buried, too.

Another way to explore the local history is through walking. The Skjoldungestierne hiking trail is a 40-kilometre network of trails that pass through a variety of cultural and historic spots, including the national park, Roskilde city and Gl. Lejre hamlet. The nature varies from forests to fields and takes you along lakes and streams, following in the footsteps of the Vikings.

Take a trip on the fjord

“The local area boasts many beautiful nature trails, for both hiking and cycling. In general, there are many ways to enjoy the outdoors, including kayaking, paddle boarding and sailing on the fjords. One of the best ways to see the local landscape is by being on the fjord, rather than looking at it,” says Mahler. M/S Svanen, the local boat, does trips on the fjord. The area is also great for fishing, with many tours going out on the fjord each day. All the walks are easy to find on Visit Fjordlandet’s website, and the national park also has its own app where the walks are mapped out.

It is not only Viking era history that comes to life in Fjordlandet; there are many beautiful manor houses and gardens to explore, Selsø Castle being one of them. The castle dates back to the Middle Ages, but was left abandoned in 1829 after its last owner died, and was then used for agricultural storage. In 1972, a couple rented the castle and began to restore it, which means that today, it is open to visitors and appears almost as it did in 1829.

Another manor house worth a visit is Svanholm. This is an 800-year-old manor estate, which today is home to Denmark’s largest intentional community with 90 adults and 60 children who work together to build a sustainable life. Visitors can come to explore the community further and learn about their shared economy, sustainability goals and meals, as well as explore the community farm. “The whole region is a mecca for great produce, and there are plenty of farm shops to visit in the area. Many of the farms are the suppliers for some of Copenhagen’s best restaurants,” explains Mahler.

Fjordlandet is a place for everyone to explore. Whether you are looking for fresh air, history, modern cultural experiences at Ragnarok, a museum dedicated to rock music, or great food, there is something for you to do in Fjordlandet. Just a train ride away from Copenhagen, this region is definitely worth going on an adventure in. 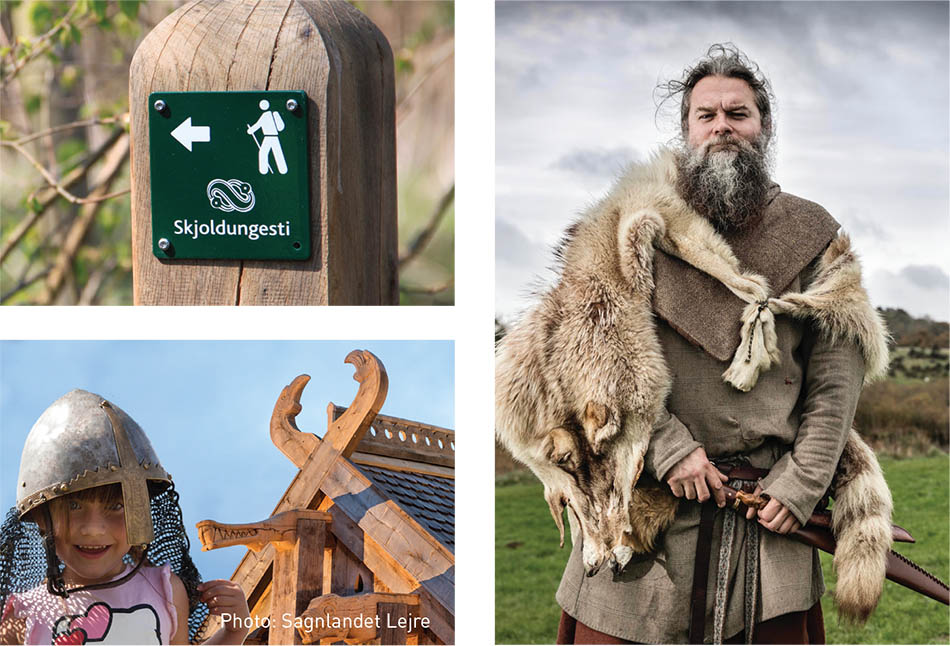