“We went on a two-week tour of 40 English gardens once. They had all these lovely romantic touches, like dreamy lakes and forsaken ruins, so when we returned home, we immediately set out to build our own splendid ruin, now one of our proudest garden monuments,” Peder Pedersen enthuses. Humlemagasinet House and Gardens, nestled away in Denmark’s delightfully named Middelfart municipality, has become an enchanting world of curiosity and wonder thanks to the adventurous souls and charmingly eccentric vigour of its wonderful owners, Peder and Ole Bjørn Pedersen.

“It is always time for a new project,” Peder asserts. “We hate being bored, and there are so many exciting things to do.” When he and Ole started a little gallery in their beautiful farmhouse in 1990, they quite possibly reckoned that this would be the extent of their engagement with the public… for about five minutes. They just couldn’t contain their constant creativity, and their visitors loved them for it. Slowly but surely, Humlemagasinet grew to encompass a five-hectare park, a gallery, three separate museums, additional exhibitions as well as a shop and a café selling Humlemagasinet’s famous sumptuous Princess Marie cake, a celebration of chocolate and raspberries. “It’s my own creation, and I make every cake we sell, but if you promise to spread its reputation far and wide, I’ll happily give you the recipe,” Peder confides.

The cake can be enjoyed in Humlemagasinet’s salons, which have been left as they were when Peder’s grandparents walked the floors. “We’re so set on minimalism and smooth Scandi lines here in the north that I suspect people secretly delight in the occasional lace tablecloth and Persian rug. It takes us back to another time and pulls us out of our hurried, repetitive daily rut. At Humlemagasinet, you’re almost forced to have a look around and go explore.” 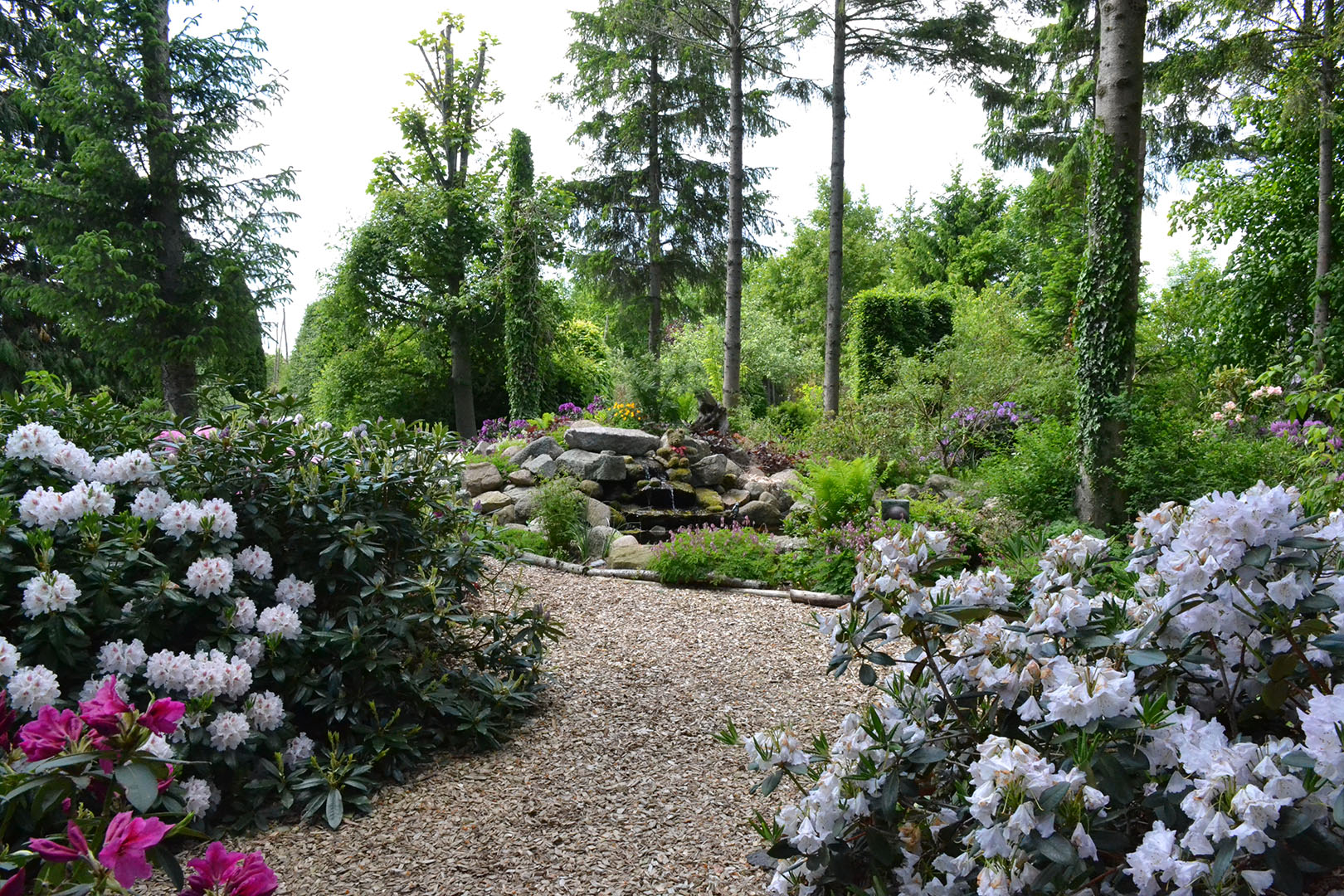 The place invites conversation. “You’re very likely to run into Ole or me when you visit, but we’re far from the only people with a story to tell here. We’re lucky enough to have an army of volunteers of all ages who help us run the place, many of whom have become dear friends of ours. It’s very touching how invested these lovely people are – some regularly come over from Jylland and Sjælland to help us out, and we even have volunteers from as far away as the Netherlands and New Zealand, who’ve somehow ended up right here at Humlemagasinet,” Peder says. “Some volunteers even live with us for a little while. We’re so grateful for these relationships; they are what make this project fun, and possible at all.” 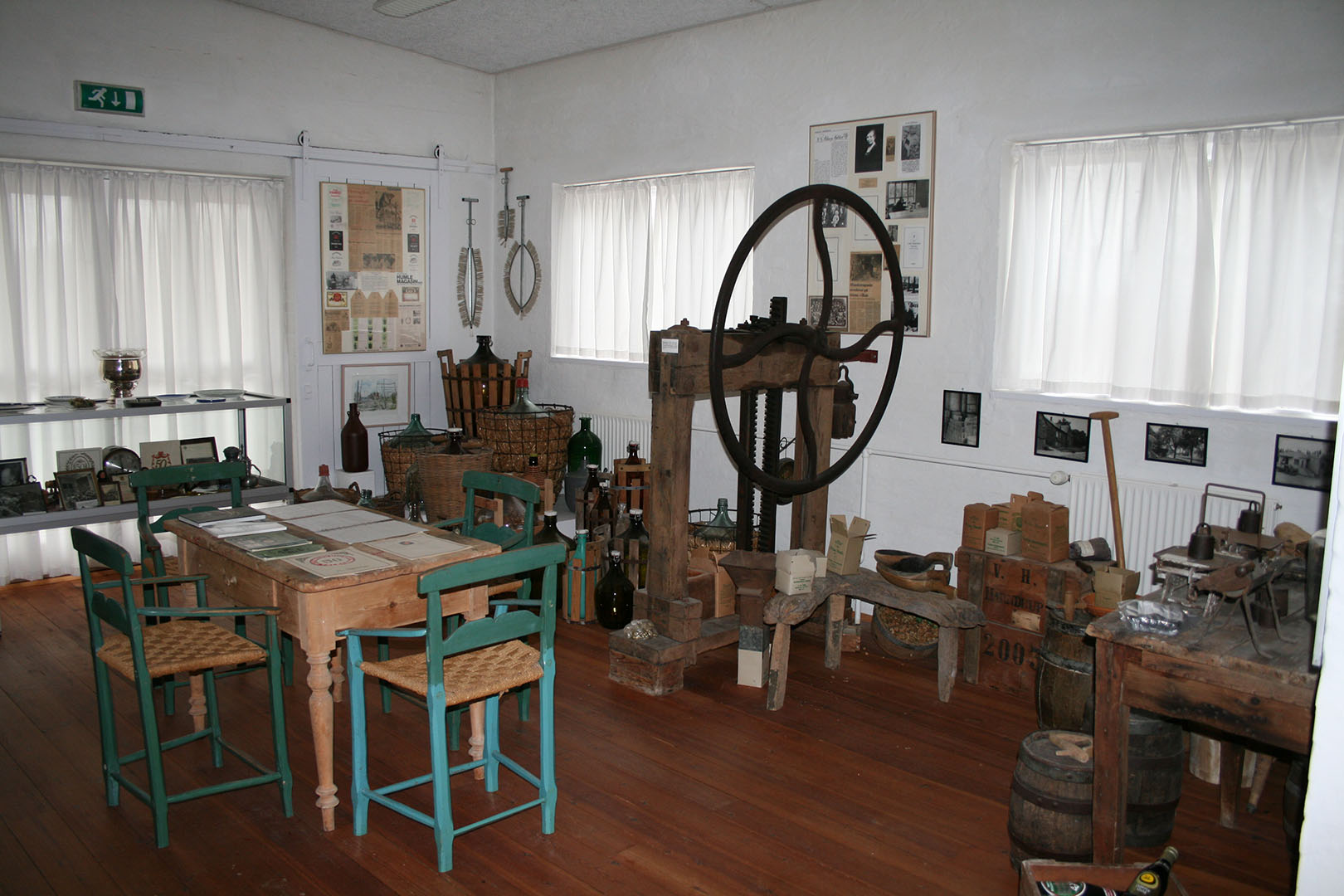 In addition to a museum telling the story of Humlemagasinet itself, the farmstead houses the Sigfred Pedersen Museum, dedicated to the local wordsmith and Danish national treasure of Katinka, Katinka fame. In 2007, doll-maker Kirsten Günther Eriksen’s complete collection of royal dolls was donated to Humlemagasinet, so in 2007, Peder and Ole added the Historical Doll Museum. Every Danish royal from Gorm the Old to Crown Princess Mary is on display, including Frederik the Seventh and his common wife Grevinde Danner, whose love story form the basis of this year’s historical exhibition. Royals including Queen Margrethe have visited Humlemagasinet, and in 2002, the couple even managed to exhibit Prince Charles’ own paintings for the first time in Denmark simply by asking, getting themselves invited to tour his private gardens in the process. Peder will happily tell you about every one of these royals; he knows their stories almost as well as his own. 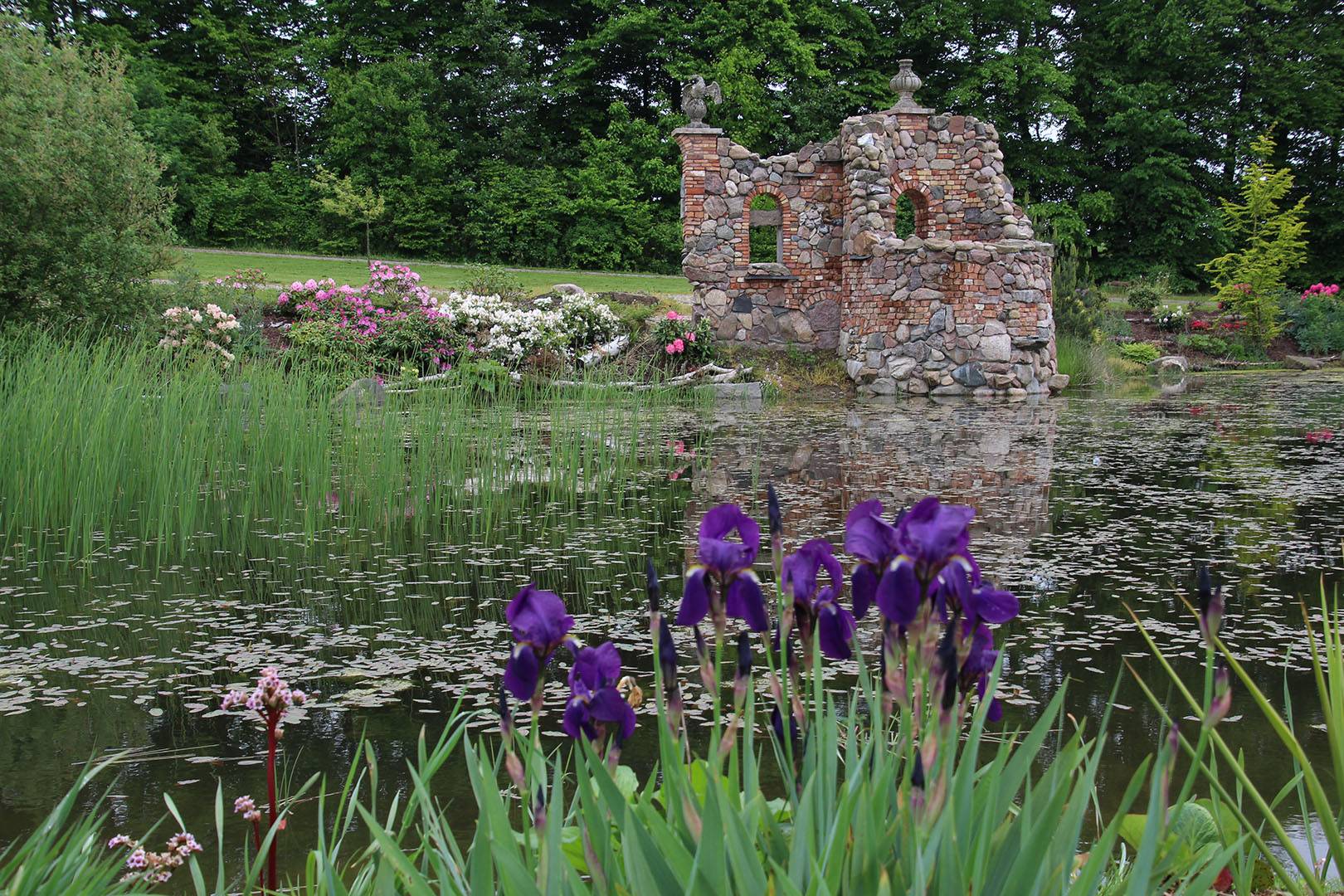 Peder was lucky enough to grow up in idyllic surroundings in Nørre Åby in the 1940s and ‘50s. His family managed Humlemagasinet, a hops storehouse dating back to the early 1900s. With time, Humlemagasinet had become a grand old farmstead thanks to its managers’ pluck and talent, traits which were certainly not lost on their son, Peder. Peder was always an inquisitive soul. Having trained at a well-known Danish draper and done his duty in the Royal Life Guards in Copenhagen, the young man set off on a short holiday in Vienna and promptly fell in love with the city. He ended up staying for over a year. After a stint back in Denmark, he set off once again for new pastures, finding employment at Selfridges in London.

Five years later, he returned to his home region to take over a conglomerate of local drapers’ businesses, rich in experiences and accompanied by Ole, his husband-to-be and, as it would turn out, gardener extraordinaire. In 1977, the two turned their ingenuity to Peder’s unusual childhood home, and Ole set to work on the exterior. “Every year, another cereal field would disappear, and in its place another patch of beautiful English formal garden or Funen cottage garden or orchard would appear. Ole turned our gardens into something truly magical.” Though they’ve settled down at Humlemagasinet, the couple’s curiosity and zest for life has never left them; quite the contrary – they simply decided to make their home the adventure; a little piece of paradise to be shared with other adventurers.