When does design come full circle? That’s an interesting question, and perhaps one best posed to Swedish design firm, Interesting Times Gang. “The design business is on its way, but it’s still a challenge,” says co-founder Alexander Westerlund.

You might call the core quartet at Interesting Times Gang somewhat of a motley crew; their diverse professional backgrounds are what make them unique. They knew each other prior to the founding of the company, and decided to combine forces. “We felt that we were a good team and that we could accomplish bigger things together,” Westerlund says. “We didn’t want to be restricted by anyone else’s vision or plan.”

Design doesn’t have to be safe, solely functional and lacking in personality. The proof is in the pudding. Or in this case, the Michelin-starred meal. When two Michelin-star chefs, Niclas Jönsson and Daniel Höglander, were looking for furniture for their new sushi restaurant, Black Milk Sushi, they had a few specific requirements. Principally, they were looking for something out of the ordinary. This led to interesting times for the gang, who were immediately up to the challenge.

Inspiration came from the picturesque archipelago on the west coast of Sweden. The flowing seaweed, or kelp, beneath the surface, ultimately led to the Kelp Collection – chairs made of materials sourced from maritime gear, such as old ropes and fishing nets. The chair’s design gives an impression of life on the ocean floor. “Thanks to 3D printing techniques we were able to create shapes that would otherwise be difficult to produce,” Westerlund says.

Kelp Collection isn’t just a striking furniture collection; it also brings attention to the loss of kelp forests due to unsustainable fishing and rising ocean temperatures. In turn, this led to the creation of the computer game No Time To Waste for the non-profit recycling organisation Håll Sverige Rent – a digital escape room designed to raise awareness of the global plastic crisis, which demoed at the United Nations Ocean Conference 2022. “How do we help countries, politicians and companies make the important decisions to make a difference here?” they ask. “We have a broad reach for a small group, and we always want to deliver.”

Apart from making a difference in the world, they are changing the game when it comes to design, as well. How about the idea that artificial intelligence could design your next coffee table, for example? This actually isn’t science fiction. “This was our first furniture project,” Westerlund explains. “We were looking into generative design and AI for furniture development. A coffee table is a good starting point because it is so basic – you need a table top, and underneath that, you are pretty free as a designer.” 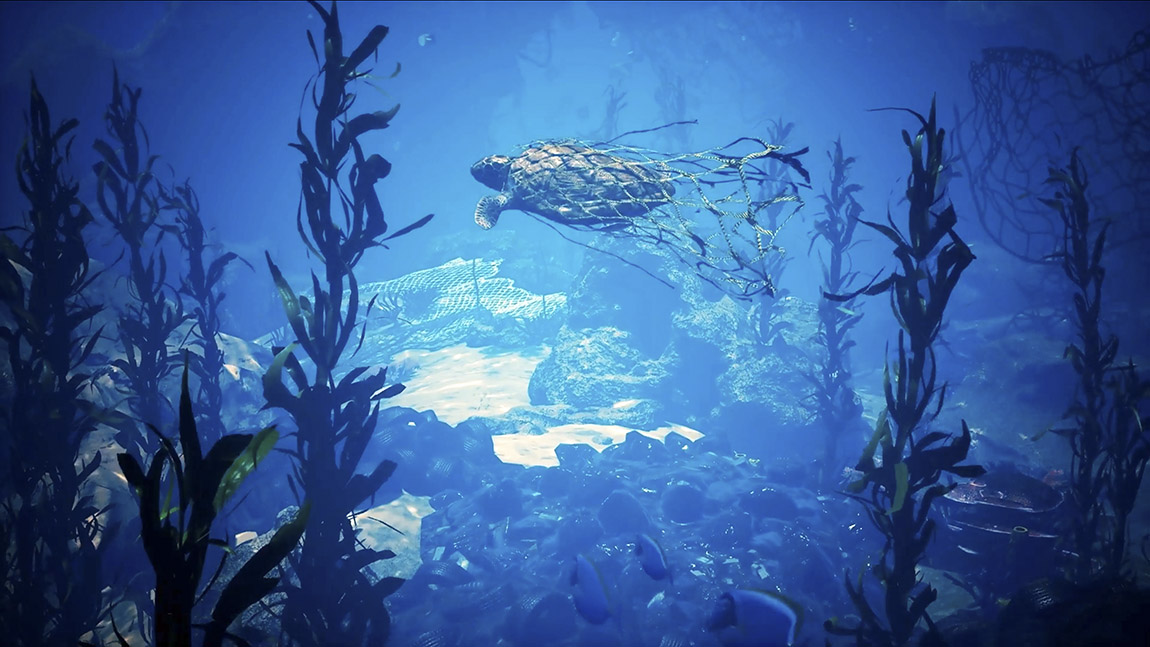 A screenshot from the game, No Time To Waste – A Digital Escape Room.

The starting point here was to work with an AI that maximises durability, yet minimises the amount of material necessary. From this, it generates design options; and the fascinating thing is that AI design is a lot more organic and ‘living’ than you might imagine. “Based on how you tweak the parameters, it will generate hundreds of options,” Westerlund reveals. “From those you can pick out the most aesthetically appealing, or those that are most practical for the task.”

The resulting furniture was Aibio – ‘a vision of a more renewable future’, according to their website. “You might imagine the results being very science fiction, with hard lines,” they say. “But the shapes the AI creates are surprisingly soft, and resemble biological patterns, skeletal patterns. Looking at this table, it almost looks like a bone – a collarbone. Gaudi used similar methods – a primitive version of this.” 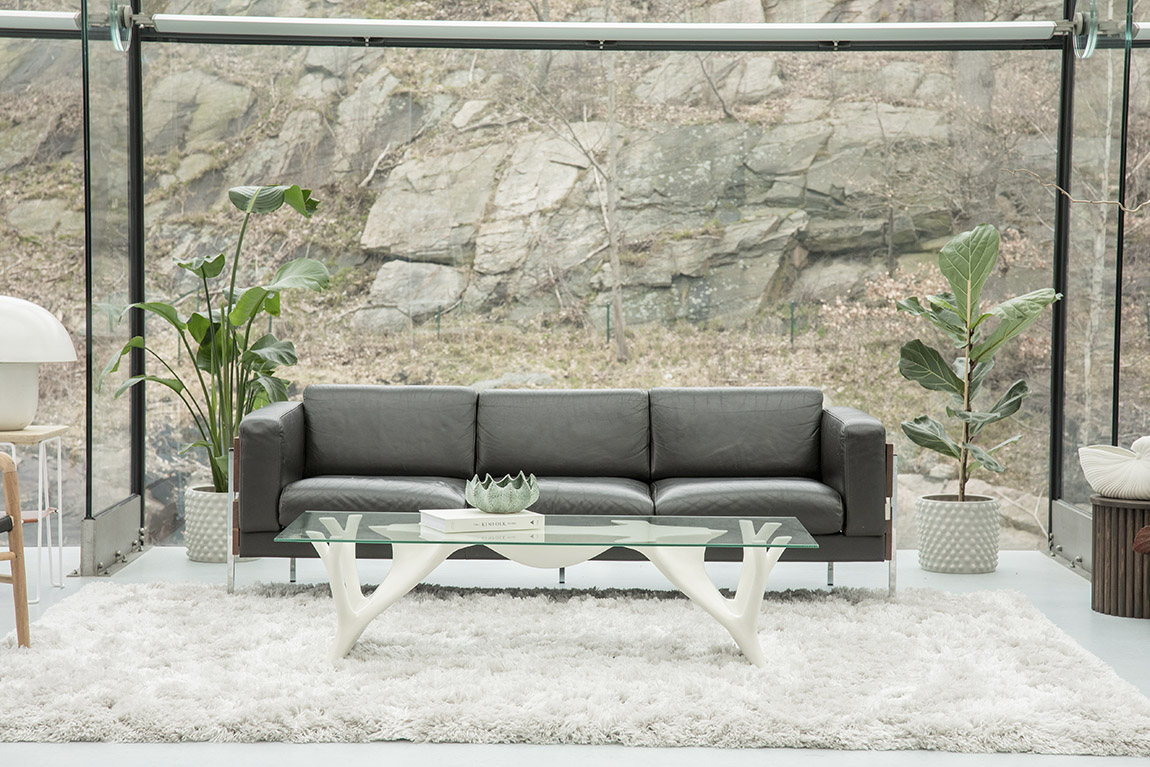 Aibio Table – the result of AI design and 3D printing.

You might say we’re living in interesting times. And you wouldn’t be wrong. That’s also in part a reason behind the brand name. “It started with a Scottish science fiction author, Iain Banks,” the gang reveal. “He wrote a book called Excession. It’s deep in a lot of ways and travels through time. In the book there is a hive mind, a group of AI brains, which contributes in developing culture and community. The hive mind is called Interesting Times Gang.”

The saying ‘we’re living in interesting times’ has a duality, depending on the language and culture it is used within. “In English, it’s something good,” Westerlund says. “But in Chinese, for example, it’s a curse. And that duality is very representative for the time we live in now.”

According to the quartet, design is more than creating something beautiful, or practical. It’s as much about creating something that can be disposed of when it comes to the end of its shelf life. “How do you design something that can be disposed of, and create sustainable processes?” says Westerlund. “This is an area that hasn’t really been in focus in the design trade. It’s on its way. And as we like to say: ‘Make things better. Make better things.’” 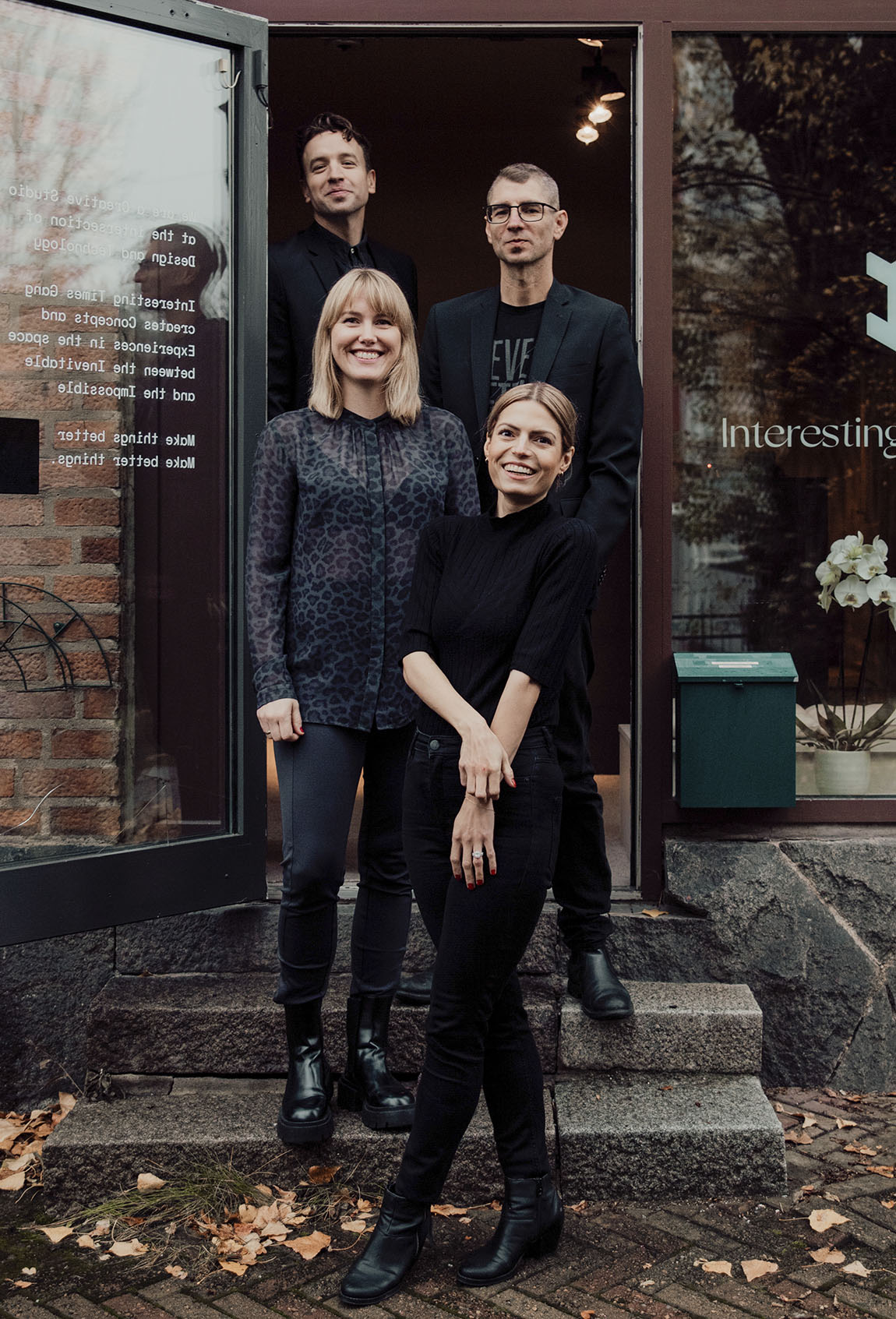