A unique concept can be found on the island of Klädesholmen, just off the west coast of Gothenburg. It consists of a renowned restaurant as well as Sweden’s first ever floating hotel. With the North Sea on the doorstep, Salt & Sill offers an extraordinary environment for its guests.

“We are celebrating 20 years this year,” director Jonas Espefors says with a smile. Two decades have passed since the restaurant Salt & Sill opened its doors for the first time, and it has been quite the success story. With several mentions in the White Guide, and thanks to its local produce and high-quality food, it now attracts visitors from all over the world. 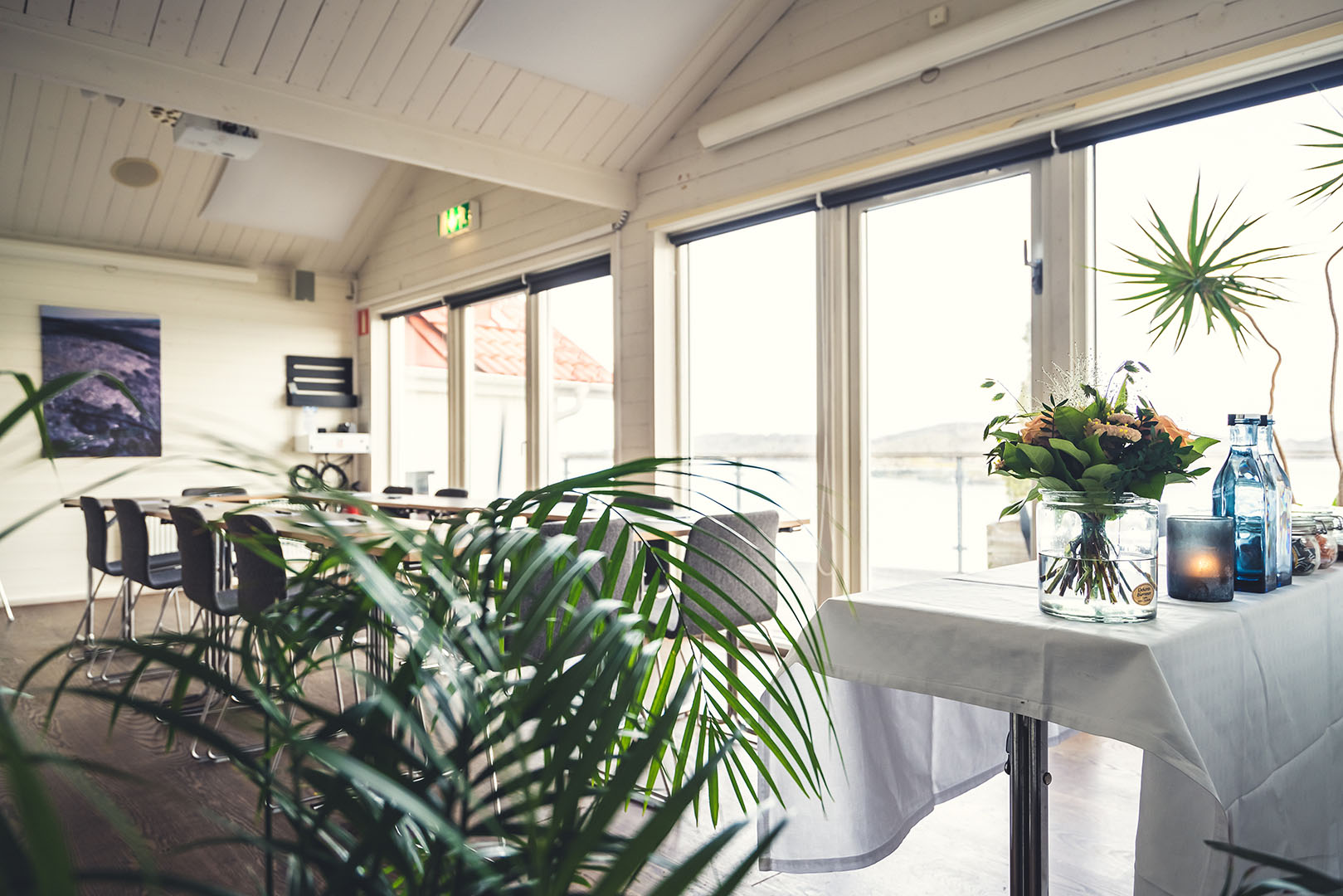 The word ‘sill’ means herring and is especially reflected in one of the dishes. “Our board with six different herrings has become our trademark,” Espefors explains. The island on which the restaurant is located has a history of herring fishing dating back to the 16th century. A lot has happened since then, but locals still refer to the island as ‘the herring island’, which adds extra charm to the concept.

Hotel and conferences on the water

The floating hotel linked to the restaurant was one of its kind in Sweden when it first opened back in 2008. There was no space for new buildings on the island, which led to the brilliant idea of constructing the hotel on pontoons on the water. The excess material from the construction was used for a new reef, which is now bursting with sea life, and the establishment follows a route of sustainability with turbines powered by the sea current, which heats up the hotel rooms – rooms that offer absolute comfort with clean, boat-inspired style and design details made of driftwood. Some of the rooms even have their own ladder into the water. 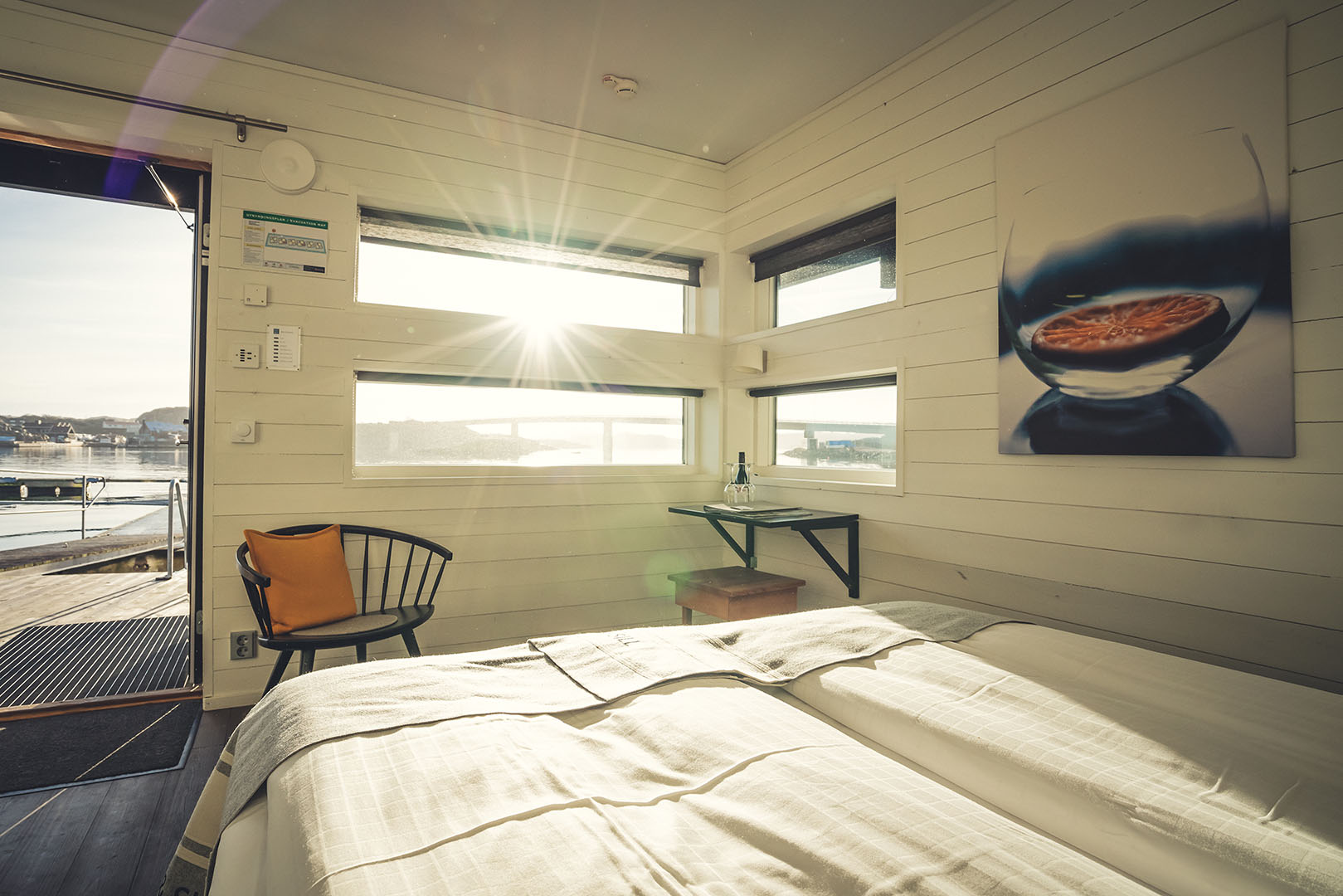 Word spread rapidly after the opening, and the hotel quickly became a sensation. “Many bloggers and journalists visit us, thanks to the food and the boatel,” says Espefors. The hotel is busy all year round with both private guests and conferences. Salt & Sill has seven conference rooms with capacity for anything from four to 80 people, all with scenic ocean views. A nice addition is the large catamaran anchored next to the hotel, with a tub on the roof and a sauna, available for guests but also rentable for conferencing companies. 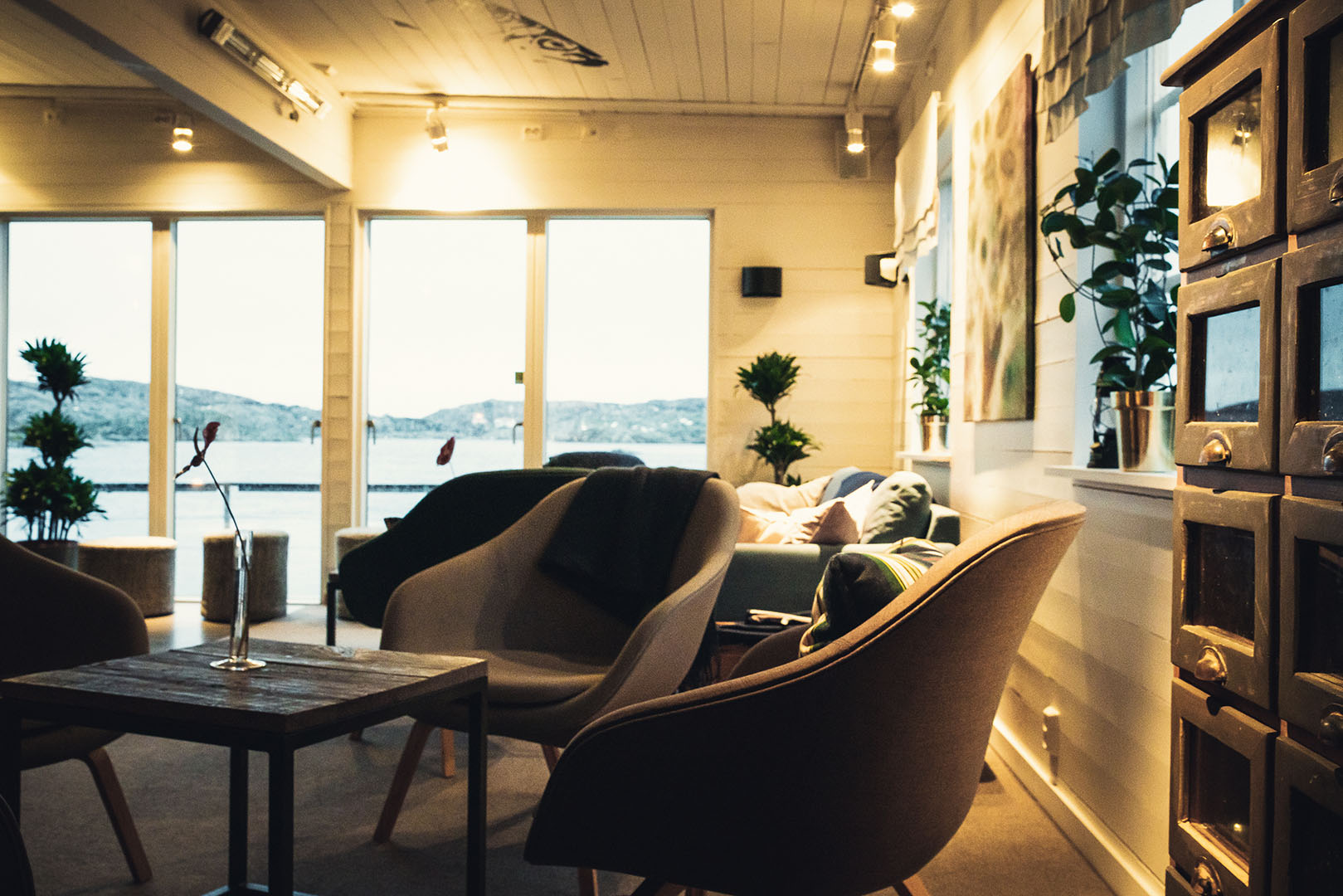