He has been recognised for his work on the latest extension to one of Iceland’s most important buildings, Keflavik Airport, but is also a household name among hotel owners and private architecture enthusiasts in Iceland. Scan Magazine spoke to Steinar Sigurðsson, founder of Teikn Architects, about the impact of the Eyjafjallajökull incident, Icelandic light and finding a profession to fall in love with.

Most Europeans will recall the drama in the spring of 2010, when the Icelandic volcano Eyjafjallajökull erupted, bringing air traffic across Europe to a standstill. Steinar Sigurðsson, founder of Teikn Architects, certainly remembers – and not only because the event left his home country completely isolated, but also because it led to the project that would see his firm nominated for the European Union Prize for Contemporary Architecture years later.

“After all that attention, everyone wanted to experience this strange country that had ruined so many people’s plans,” the architect laughs. Indeed, the number of passengers travelling through Keflavik Airport increased by close to 40 per cent per year. Last year, almost ten million passengers moved through the terminal – in a country with a population of just 330,000.

Opened in 1987, Keflavik Airport had been extended a number of times already, including in 1999, when Teikn Architects helped adapt the airport to the needs of a Schengen country. But the Eyjafjallajökull incident meant that the airport needed to be extended quickly – and with requirements for great flexibility. The result was a 4,700-square-metre bus gate terminal with a steel frame, prefabricated concrete floor slabs and a glass facade, taking passengers to and from the aircrafts via remote stands.

The design is inspired by Icelandic nature – with black terrazzo floors, smoked oak and glass walls in Icelandic autumn colours – but also very much adapted to it: “On a clear winter’s day here, the sun is so low that it’s just on the horizon, so we had to be very conscious of natural light and shade,” Sigurðsson explains. “We found a woven metal mesh which, laminated between the glass panes of the exterior, acts as sunscreen and contributes positively to the indoor climate. It improves thermal performance, reduces glare, and adds a unique depth – plus, it saves money in terms of heating, ventilation and air conditioning.” 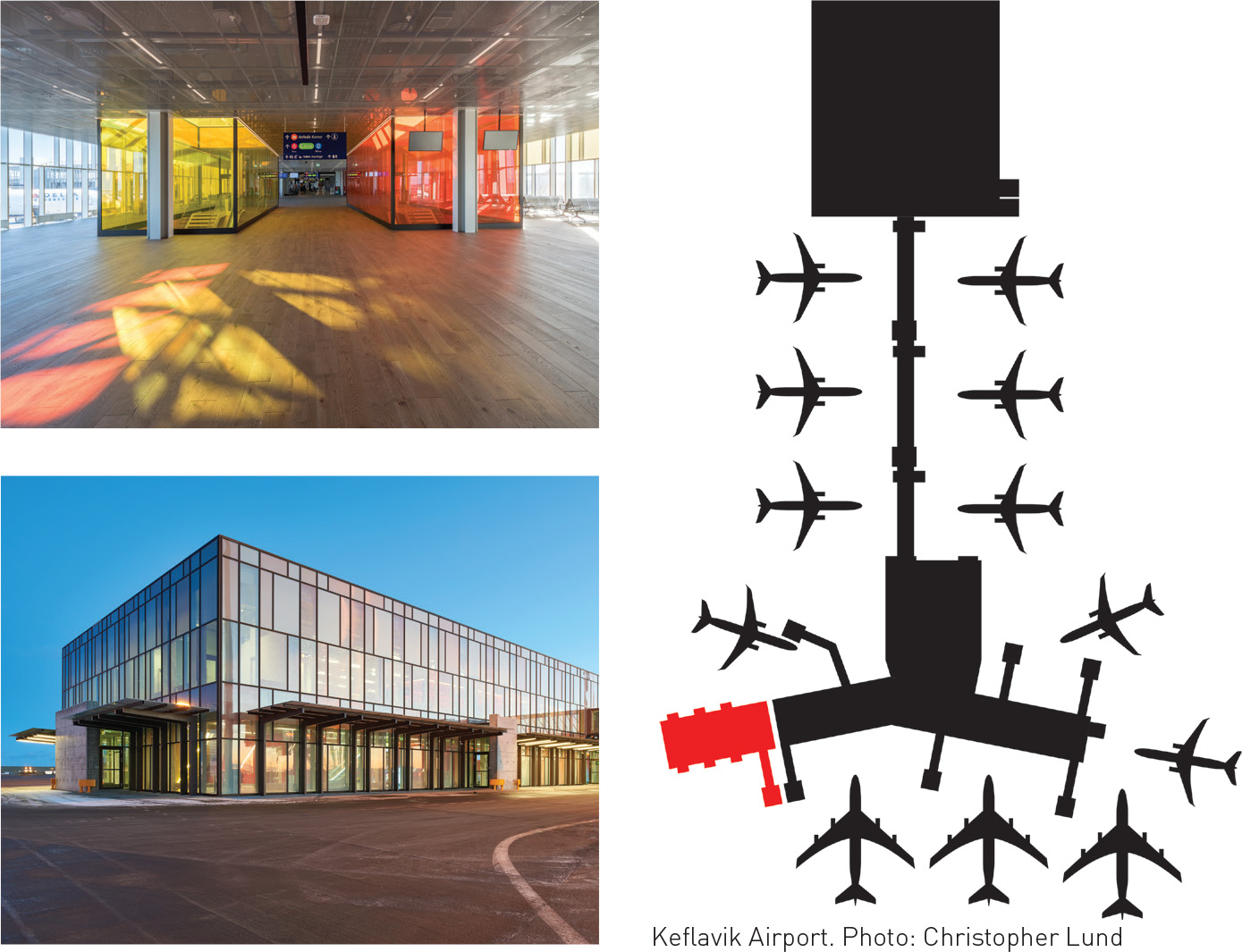 Blending in with nature

Nominated for the European Union Prize for Contemporary Architecture – Mies van der Rohe 2017, the Keflavik Airport project was certainly prestigious. But Teikn Architects works across a wide range of projects, including many of Reykjavík’s hotels and a portfolio of breathtaking private homes.

One such project is a country house in Veiðilækur – like the Keflavik Airport project, developed in close collaboration with Copenhagen firm Andersen & Sigurdsson – at a prominent site overlooking the most beautiful lava field and with mountains on three sides. “We didn’t want a white, attention-seeking castle, so we opted for teak windows and doors and copper cladding. We wanted it to blend in with nature,” says Sigurðsson. With a cross-shaped plan and a terrace that runs through the entire 840-square-metre building, the 360-degree views are exceptional – but the majority of the building’s functional spaces, including a big garage, a wine cellar and a restaurant-style kitchen, are set below the ground. “The building is set almost on a hill, facing west, so we’ve made the most of the evening sun. It’s stunning,” Sigurðsson enthuses.

A small firm in a small country

That Sigurðsson became an architect was almost coincidental. “I wanted to live somewhere outside of Iceland, so I chose a profession accordingly,” he says, explaining that he moved to Glasgow to study at the School of Architecture, after which he went to Copenhagen and completed his degree. He then got a scholarship to study in Seattle, and after almost ten years away, he returned home to work. “There wasn’t very much going on here then, but I got a job with a fantastic company, where I got to work on the City Hall in Reykjavík,” he says. In 2003, while working at another firm, he knew that he would eventually want to be his own boss – and so Teikn Architects was born.

“I like to keep the firm small,” he continues. “It’s a small country, and people know each other. When we’re really busy, there might be nine or ten of us, but at the moment, we’re just four full-timers working on a hotel in Reykjavík with a client I’ve known for years. We’re also working with a fantastic London interior design firm, I Am – a brilliant opportunity to see how people work in other countries, how we can learn from each other.”

There’s certainly plenty of niche expertise in Iceland, an earthquake area with strict building regulations. But there are shared qualities across the Scandinavian region too, including a penchant for light materials and an awareness of natural light – and across the globe, sustainability is quickly becoming a number-one priority. “My clients are as diverse as they are many,” says Sigurðsson. “What I try to do is keep a good relationship with them, produce a product that fulfills their wishes but that I’m also happy with. Usually, I must say, I succeed. I chose a profession I thought I’d be able to enjoy for the rest of my life – and I do.” 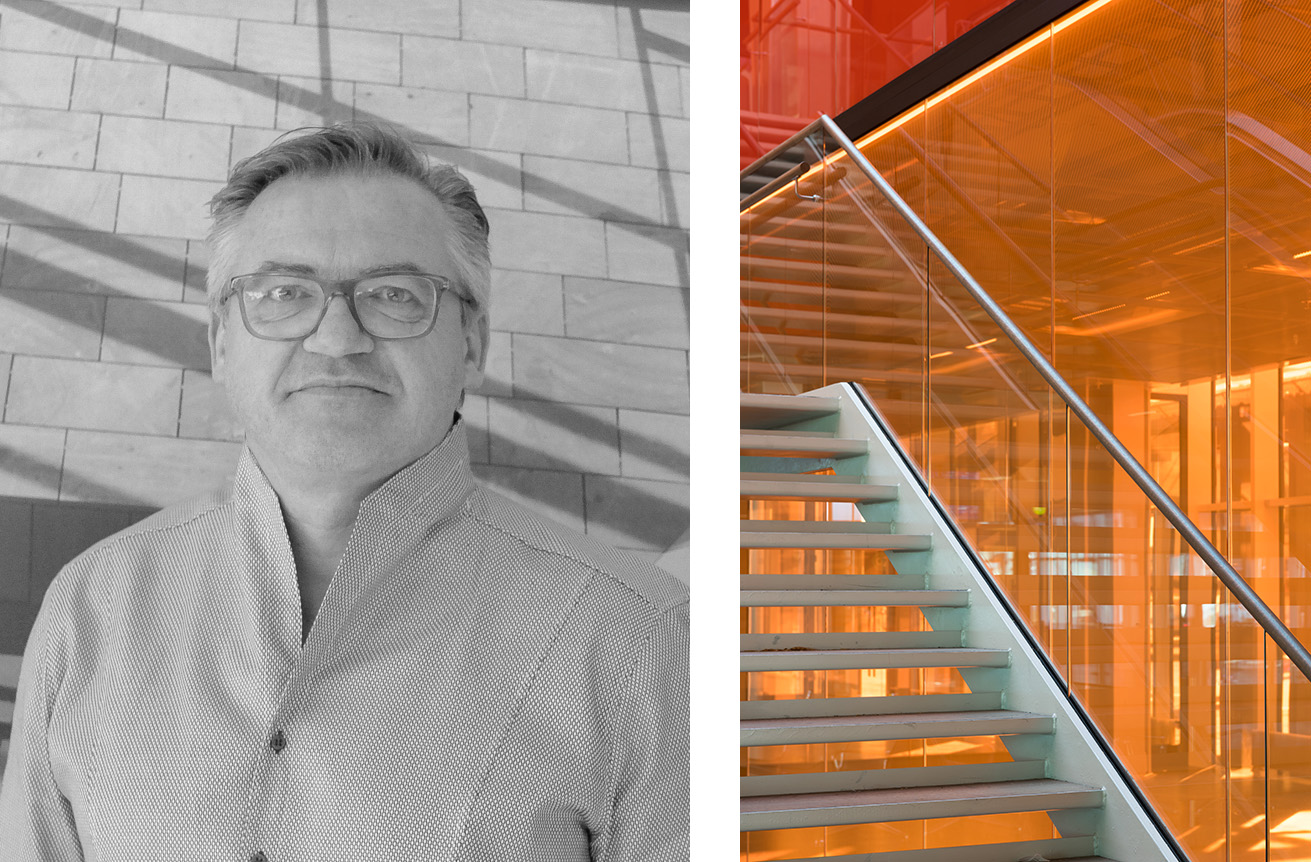