World Heritage Sites are legally protected landmarks or areas designated by UNESCO for cultural, historical or scientific significance. Scandinavia boasts a huge number of protected sites, with a whopping 15 of them in Sweden alone. We list some of the historically fascinating and naturally stunning heritage sites that help to tell the story of Scandinavia, past and present.

Colourful and charming in equal measure, the characteristic wooden houses of Bryggen in Bergen carry memories of a Hanseatic League trading empire. Despite a number of fires, many of the houses have survived, thanks to rebuilding efforts following traditional methods, now contributing to the Norwegian city’s unmistakable identity while whispering stories from the 14th century onwards.

This Lutheran church from the 1760s, back when this part of Finland was still a part of Sweden, is a fine example of an eastern Scandinavian architectural tradition combining a typically Renaissance plan with elements of Gothic groin vaults. Originally built using nothing but pine logs, it was added to in 1821 when the bell tower was built. 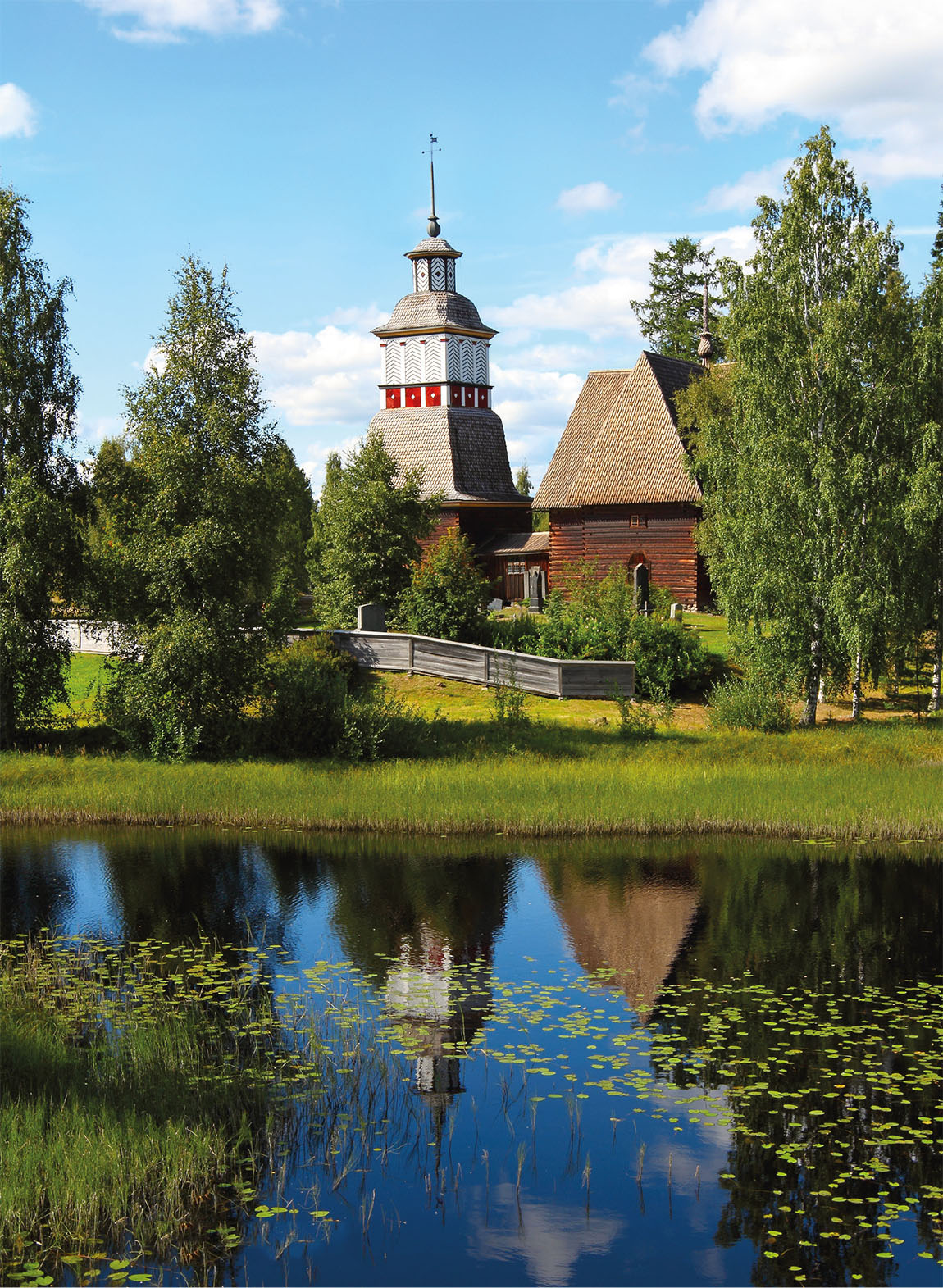 The Petäjävesi Lutheran Old Church from the 1760s.

Located 250 kilometres north of the Arctic Circle, Ilulissat Icefjord is the sea mouth of Sermeq Kujalleq, one of the fastest and most active glaciers in the world. The Icefjord stretches 40 kilometres west from the Greenland ice sheet into the Disko Bay south of Ilulissat town and has been studied for centuries to help our understanding of icecap glaciology and climate change. The beauty of the icescape is awe-inspiring, and it was named a UNESCO World Heritage Site in 2004. 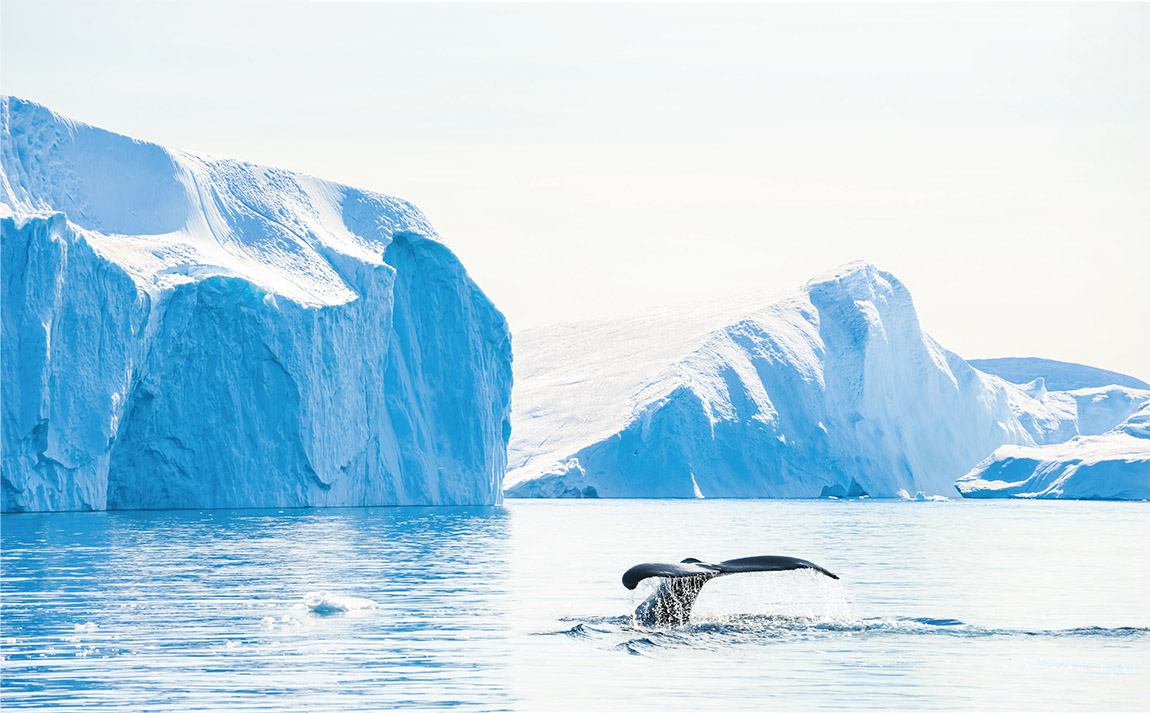 A humpback whale dives in the Ilulissat Icefjord, Greenland.

Depicting the transition from pagan tradition into Christianity, Jelling features the burial mounds said to have belonged to King Gorm of Denmark and his wife Thyra, as well as remains of the longest stone ship to have ever existed. Explore the stories behind the runic stones, visit the church with its old mural paintings and the exhibition centre, and stroll around the gardens, cemetery and mounds themselves. 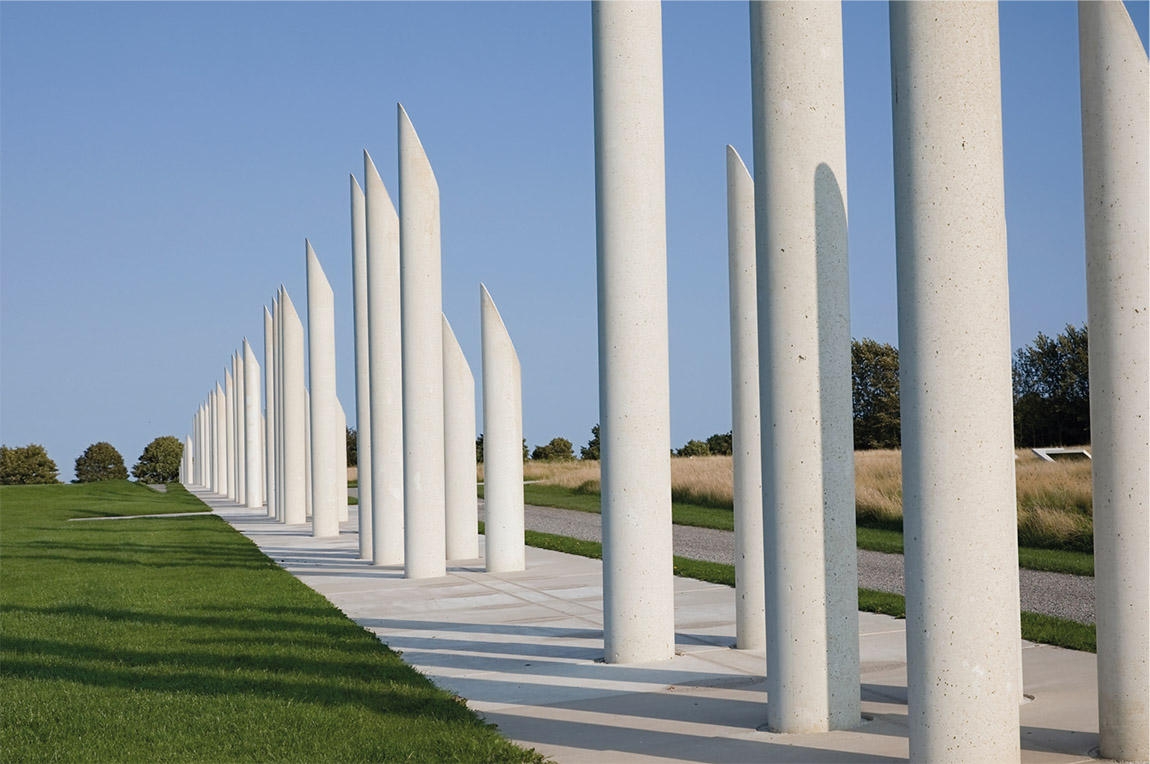 The mausoleum of the Danish Royal Family since the 15th century, the Roskilde Cathedral was a pioneer in its heyday. Built during the 12th and 13th century, it was the first Gothic cathedral built of brick in Scandinavia and went on to inspire the same style throughout the European continent. Additions have been made throughout the centuries, making it a map of sorts of European religious architecture. 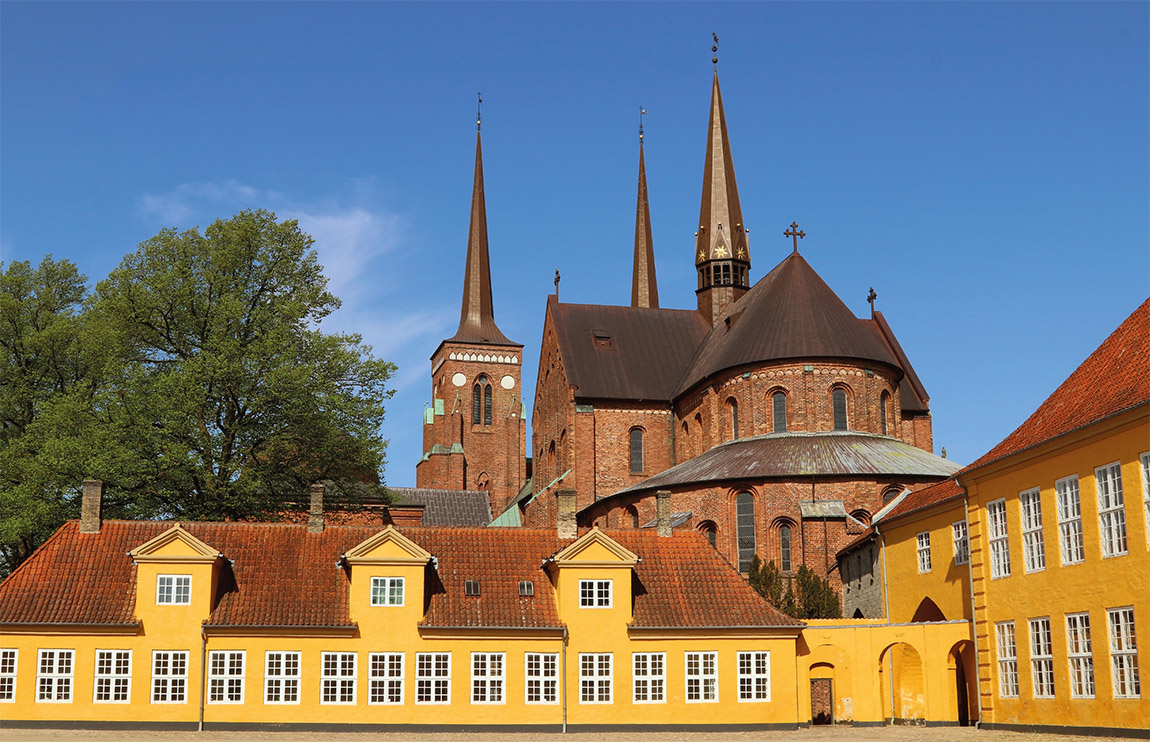 Roskilde Cathedral, Denmark, as seen from the courtyard of the bishop’s house.

Situated 120 kilometres apart, but both part of the same west-Norwegian fjord landscape, Geirangerfjord and Nærøyfjord boast epic hiking opportunities with among the most rewarding views. Considered archetypal fjord landscapes, they are among the world’s deepest and longest, featuring steep-sided crystalline rock walls that shoot up to 1,400 metres above sea level. Expect waterfalls, glacial lakes, rugged mountains, free-flowing rivers and much more, in addition to a fascinating terrestrial as well as marine wildlife. 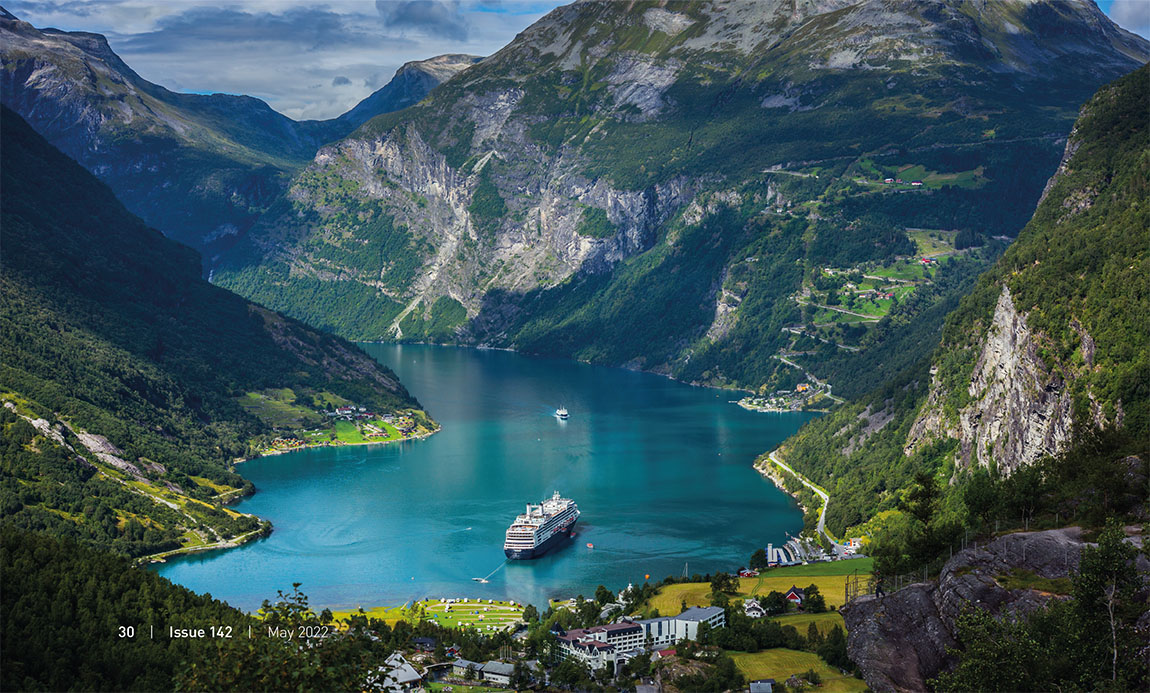 For a long time considered among the world’s most important mining areas, Falun is a charming town with a well-kept town centre featuring many historic buildings. But it was the copper mine and the so-called Great Pit that put it on UNESCO’s World Heritage List, historically significant and simply arresting, visually. Combine a visit to the Great Copper Mountain itself, along with lunch at one of the local eateries, with a day trip or two to the surrounding villages in the Dalecarlia region, all collectively painting a picture of the mining history that stretches back to the 13th century. 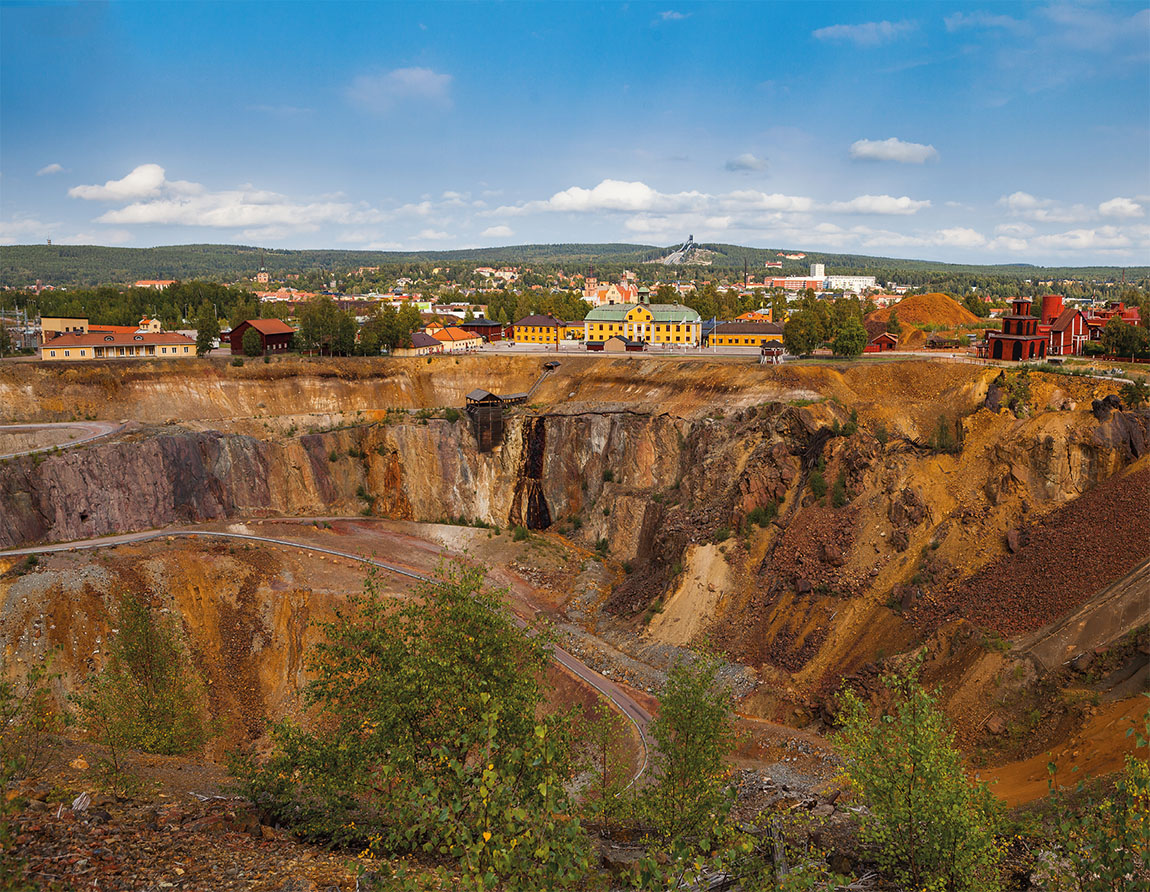 The mining area of the Great Copper Mountain in Falun, Sweden.

The Hanseatic Town of Visby

Hopping with visitors in the summer and popular among artists all year round, Visby is the island of Gotland’s former Viking site, and visibly so. From the 12th to the 14th centuries, it was the heart of the Hanseatic League in the Baltic, and well-preserved ramparts, warehouses and dwellings tell the story of the proud heritage still today. 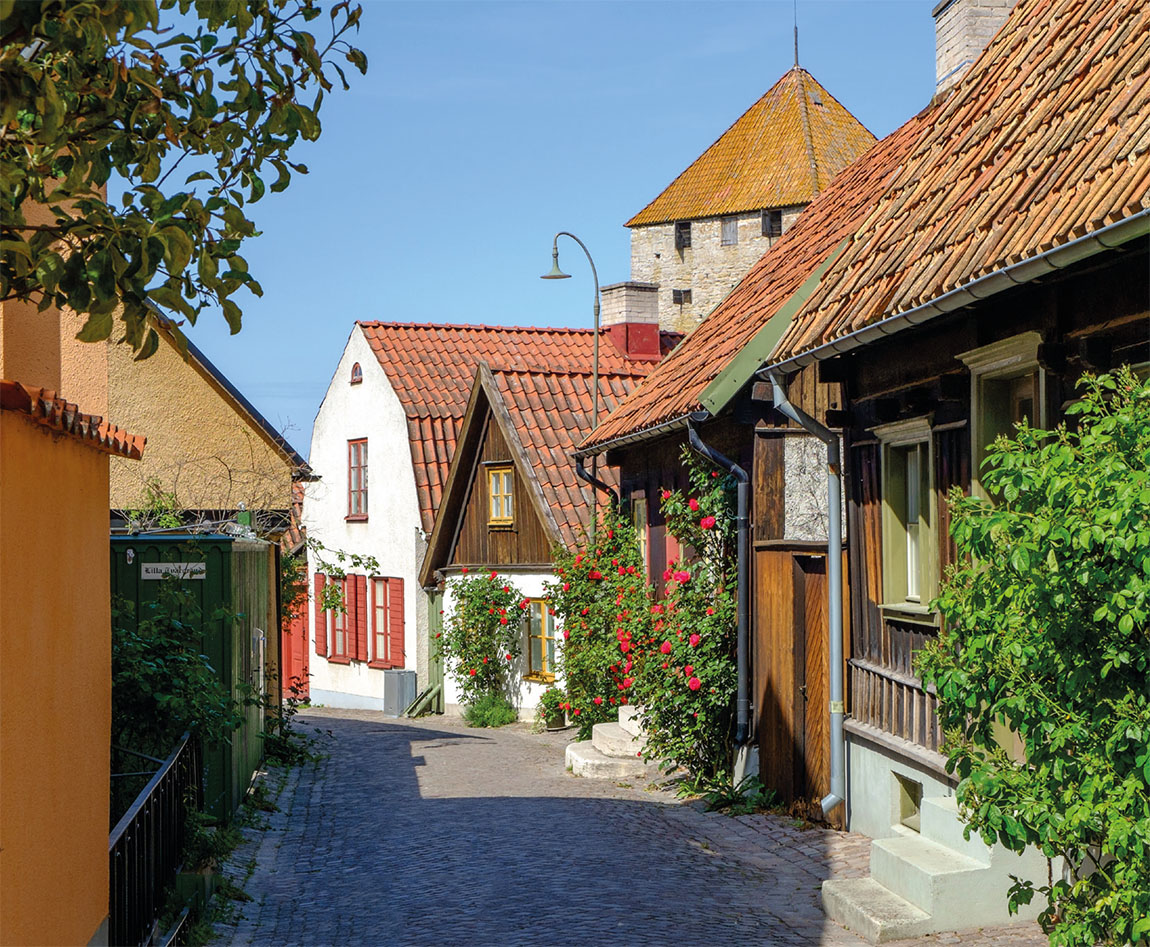 Medieval, cobbled street in the Hanseatic Town of Visby, Sweden.

The Rock Art of Alta

Trials and tribulations of prehistoric times, anyone? These petroglyphs from a settlement dating back to 4200 to 500 B.C. can be found near the Arctic Circle, in the Alta Fjord, and consist of thousands of engravings to help us understand what life was like in the far north all those thousands of years ago. 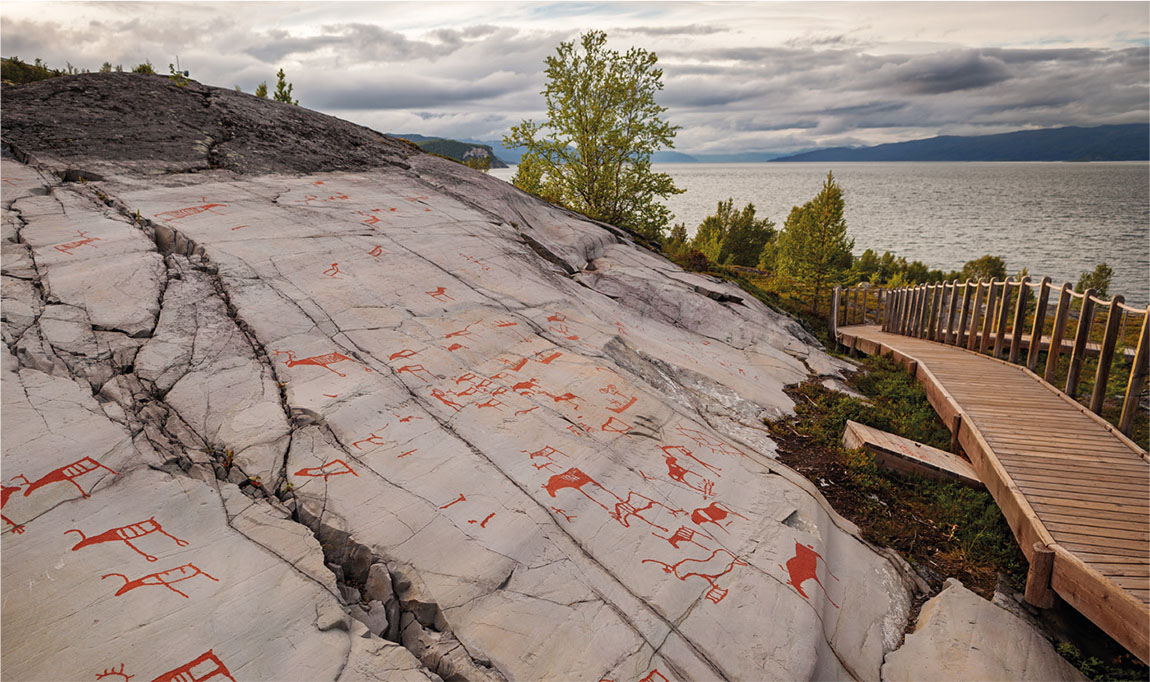 Suomenlinna, also known in Swedish as Sveaborg, is an inhabited sea fortress built across a group of islands at the entrance of Helsinki’s harbour, about four kilometres south-east of the city centre. Popular for picnic outings and tourist day trips, it was built in the 18th century by Sweden, and makes a striking example of the European military architecture of its time. 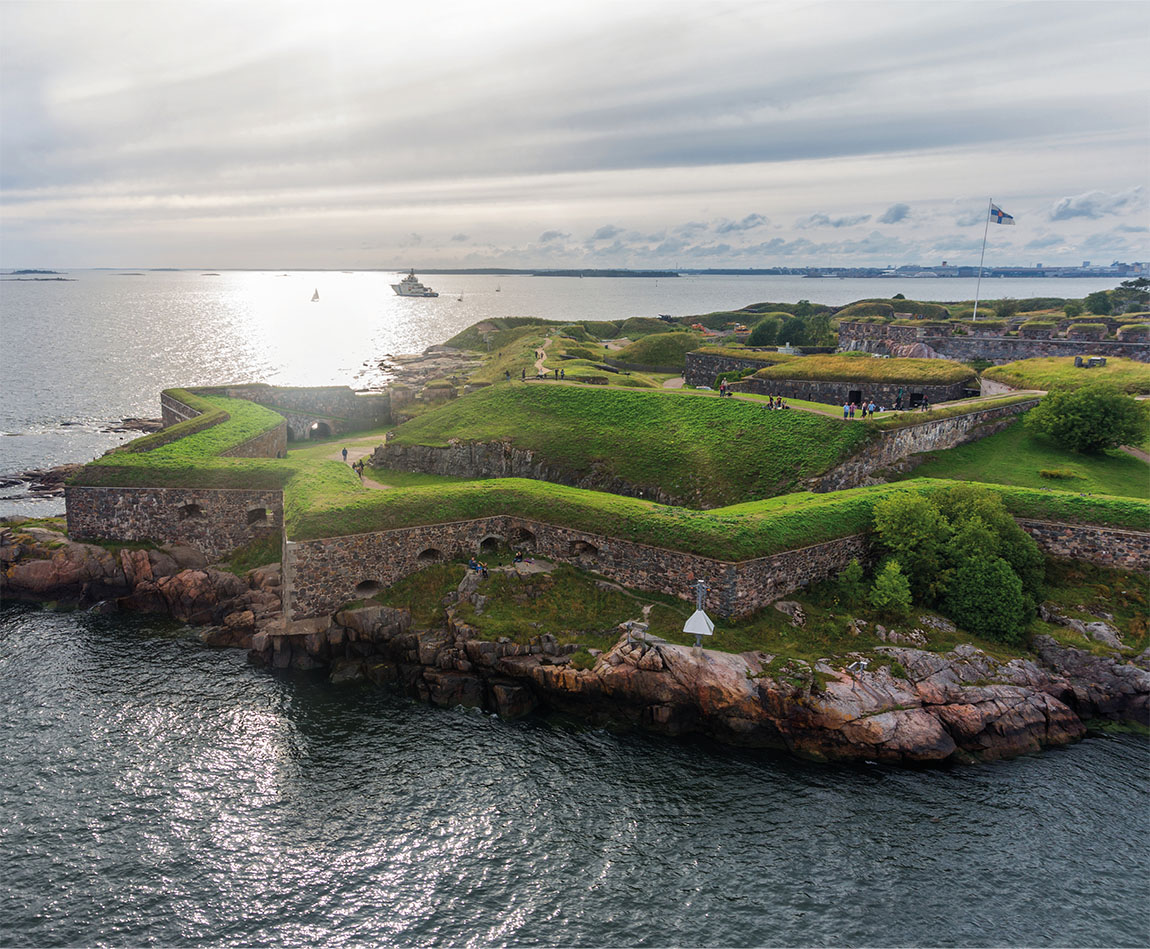 Suomenlinna fortress at the entrance of Helsinki’s harbour, Finland.