A city recognised for its university and cultural institutions, Umeå has in the past decade also become a gastronomical hotspot – a fact cemented further by the recent opening of Facit Bar, a new drink and food hub that is 110 per cent Swedish.

Fancy eating out in Umeå? You’ll be spoilt for choice. For one, there’s Gotthardts restaurant, praised for its sustainable, nearly self-sufficient approach and vegetarian offering. You’ve also got Bodega, a wine bar serving guests a relaxed atmosphere in which they can enjoy great wine and food with strong emphasis on produce – not to mention Harlequin, another haven for wine and food lovers, offering a traditional Swedish menu with a twist. 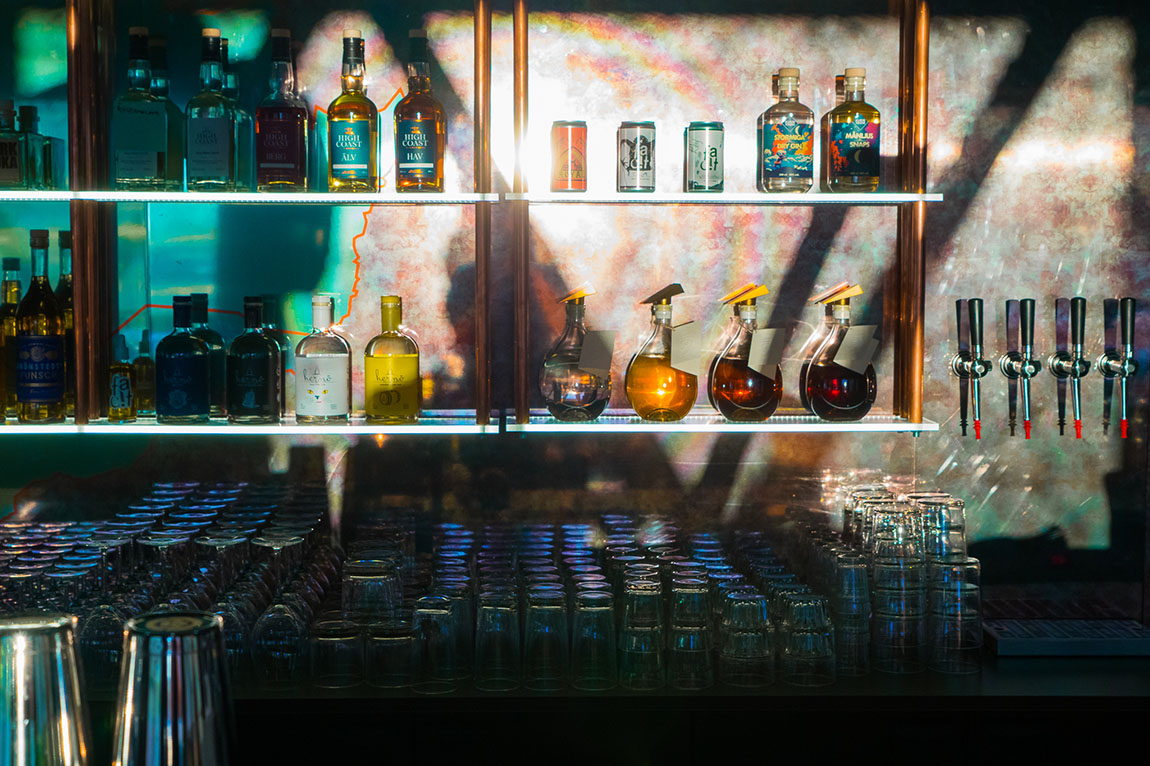 Then there’s the new kid on the block, Facit Bar. An ambitious project long in the making, this newly opened cocktail bar is the fruit of co-founder Emil Åreng’s 12-year-long dream to launch something special, to say the least. Having spent most of his career in the world of drinks, as both a bartender and head of other successful establishments, Åreng has always been passionate about creative cocktails that tell a story. Facit Bar is a new home for these, and a story to be told in itself.

Because Swedish produce is key, the team at Facit Bar must think outside the box when sourcing ingredients. “We can’t use lemons or limes, so we’ve had to find other ways to get that all-important acidity. And by collaborating with a chemist, we’ve managed to create our own acid from apples, rhubarb and lingonberries, which adds another kind of depth to our cocktails,” Åreng explains. 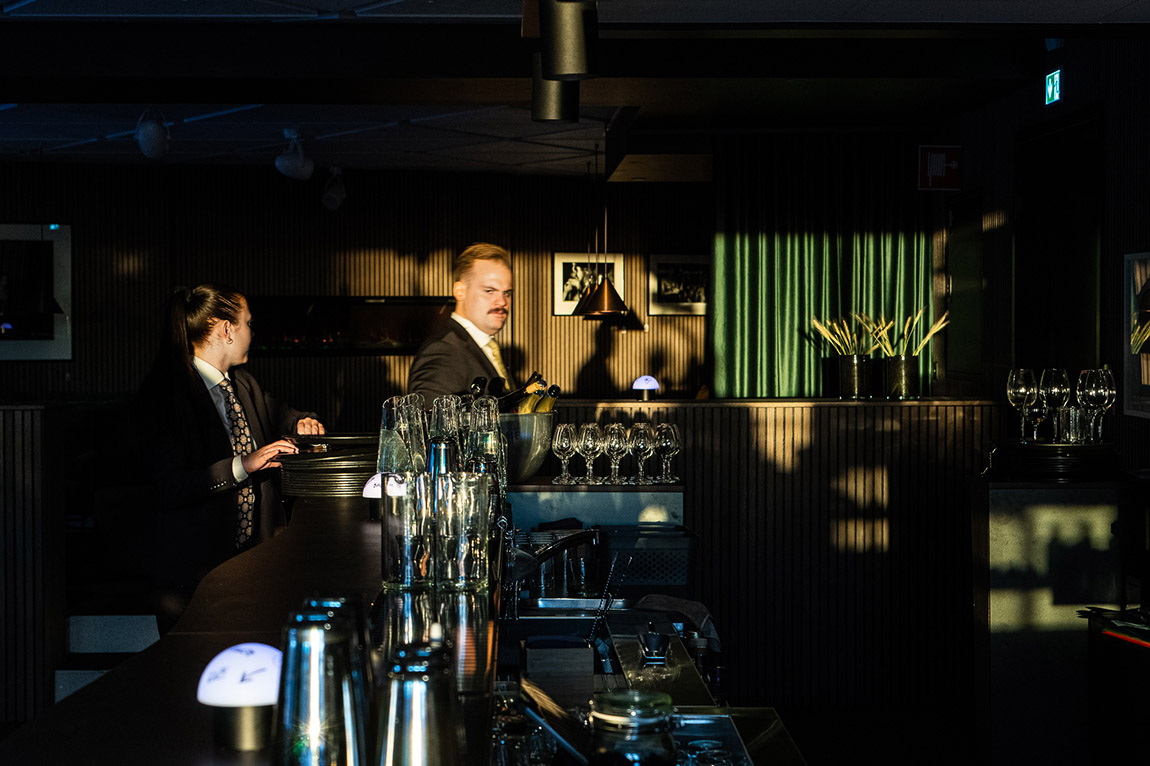 Sustainability is a hot potato everywhere, and thanks to this, clever alternatives to imported ingredients are becoming more popular. “It’s amazing to know that we don’t actually have to import ingredients to Sweden; we just need to look around and see that it’s all right here,” says Åreng.

Also worth a mention is the collaboration between art gallery owner Stefan Andersson and Åreng. Enter Facit Bar and you’ll see paintings and art installations dotted around, all made by Swedish artists, of course. These are all available for purchase, and the idea is to bring art to a wider audience.

Although Facit Bar is all about locality, Åreng hopes that it can influence people far beyond his country’s borders. “I’m confident we’ll become one of Europe’s top-five cocktail bars,” he concludes. 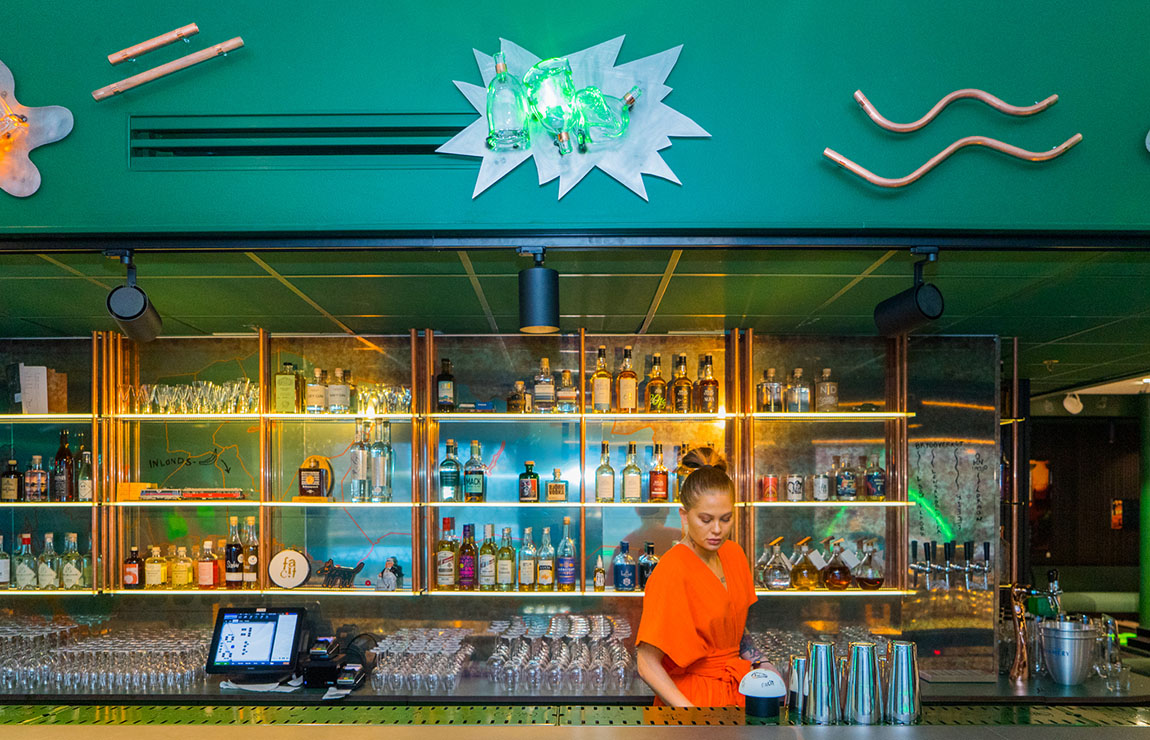