The UNESCO-protected Wadden Sea is a coastal wetland area stretching from the Netherlands to Denmark. Despite its desolate beauty, the Wadden Sea is a paradise for wildlife, full of astounding biodiversity if you know where to look. The people at Denmark’s Wadden Sea Centre, near Ribe, will open up a whole new world – and ensure that the only thing we leave behind is our footprints.

The Wadden Sea Centre tells a million different life stories about the world just beyond its walls: stories of life and death, of migration and survival, change and tradition. Every year, millions of migratory birds make their way from as far away as southern Africa to the marshy plains of northern Europe. As the centre shows, they gorge themselves on the rich buffet provided by the Wadden Sea in order to survive, joined at the table by seals, and even humans.

From ancient times, humans have feasted on the bountiful oysters found in the tidal waters off southern Jutland, too. In the Middle Ages, cockle shells were collected and mashed up to be used as mortar for churches, cathedrals and castles, while the 16th century saw the sea floor ravished for its precious salt. The Wadden Sea remains as important as ever to Danes, though the relationship to it has transformed. Today, it makes up Denmark’s largest national park and, together with its German and Dutch counterparts, the largest unbroken system of intertidal sand and mud flats on earth. It has become part of the network of UNESCO World Heritage Sites scattered around the world, all aiming to ensure the protection and preservation of the unique corners of our world.

“‘Sustainable tourism’ might sound like just another modern buzzword, but it is vitally important to our wellbeing on this planet,” says nature guide and director Klaus Melbye. “Just look at the problems that Venice is facing with pollution and cruise ships and such. Here at the Wadden Sea, we have something unique in the world, which we can’t afford to lose: the way not to lose it is to make sure people know how special it is, and so, we need people to find out by visiting. At the same time, we have to make sure that we don’t have a negative impact on the animals and environments we visit out here.”

The Wadden Sea Centre emphasises that making tourism sustainable is an ongoing process, which they’re always working to improve. Recently, the centre entered into a research project with Roskilde University to investigate the impact of its guided tours on the area’s many little seal pups, to find out how to plan the trips without disturbing their feeding and resting. The tours change depending on which areas and animals need rest. “We’re thrilled that people are now much more aware of how we treat the environment, and it is evident that our guests truly care that they do not disturb the Wadden Sea inhabitants when they visit,” says Melbye. 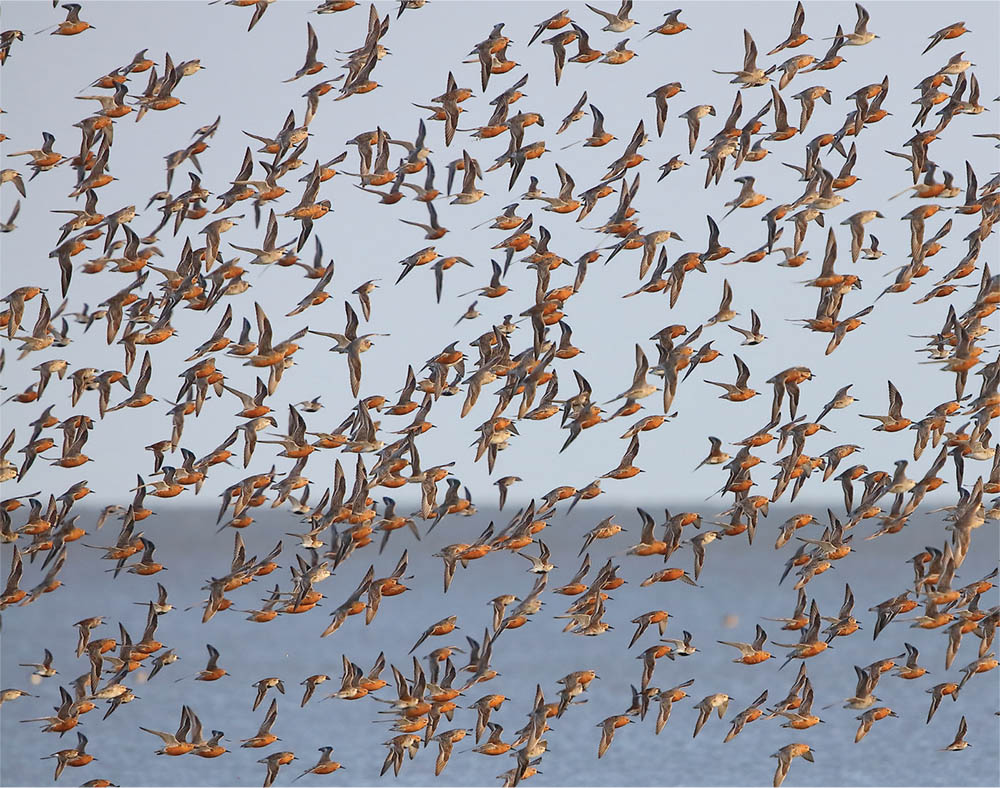 Just beneath your feet

Apart from its exhibitions – housed in a beautiful building and exhibition space designed by architects Dorthe Mandrup and Johan Carlsson – the Wadden Sea Centre provides guided tours of the wetlands throughout the year. Though people can visit the Wadden Sea on their own, the centre’s guided tours provide a much fuller and safer experience. “When you first see the area, all the dunes and marshes look the same. We are all trained biologists, who live and breathe the Wadden Sea, and we teach you how to see the area and notice the incredible biodiversity just beneath our feet.”

The tour and exhibition guides may be the centre’s biggest assets. “Most of us will visit the birds and wetlands even on our days off,” Melbye admits. Depending on the time of year, visitors can go on oyster safaris, join seal-spotting tours, get acquainted with the birds and much more, all brought to life by the centre’s biologists. If you’re lucky, you may even witness bird dissections at the centre, showing off the incredible anatomy that allows tiny, living feather balls to endure temperatures of down to minus 50 degrees, losing half their body weight flying across the globe for up to six days straight.

“We’ll teach you where to find the oysters and what to look out for,” Melbye promises. “We get calls from people asking for directions to the oysters sometimes, but it’s impossible to give instructions – you can’t tell someone to head across the sea floor for four kilometres, then turn right. You have to know what to do with the tide, when to go, and which marshy bits to avoid. The Wadden Sea is a hard, wild and at times dangerous living place, and we’ll do what we can to ensure it stays that way forever.”

The exhibitions’ Nordic design and enthralling stories about the world of the migratory birds and other Wadden Sea creatures tie together culture and the UNESCO World Heritage Site, supported by the architecture’s poetic reflection of the landscape. The centre has won six awards and is nominated for the European Museums Award 2020.