Vendsyssel Museum of Art: Art inspired by the magnificent, unspoiled nature in Vendsyssel

If you want to see some of the most beautiful Danish nature through new eyes, you should plan a visit to Vendsyssel Museum of Art, located in the middle of Hjørring. The artists are inspired by the breathtaking nature in the area, which provides a unique opportunity to experience the local landscape and community through art.

Impressive, raw, pristine. These are all words that come to mind when thinking of Vendsyssel. The area is home to some of the most majestic, yet brutal nature in Denmark. The landscape is highly influenced by the natural elements. The area is shrinking at a disturbing pace, and villages that once lay several hundred metres from the coast are now being swallowed by the sea. The new exhibition at Vendsyssel Museum of Art, The Breath of Leviathan – The Creature of the Sea, featuring works by French photographer Joséphine Douet (b. 1972), confronts the audience with these dramatic changes and the relationship between man and nature. 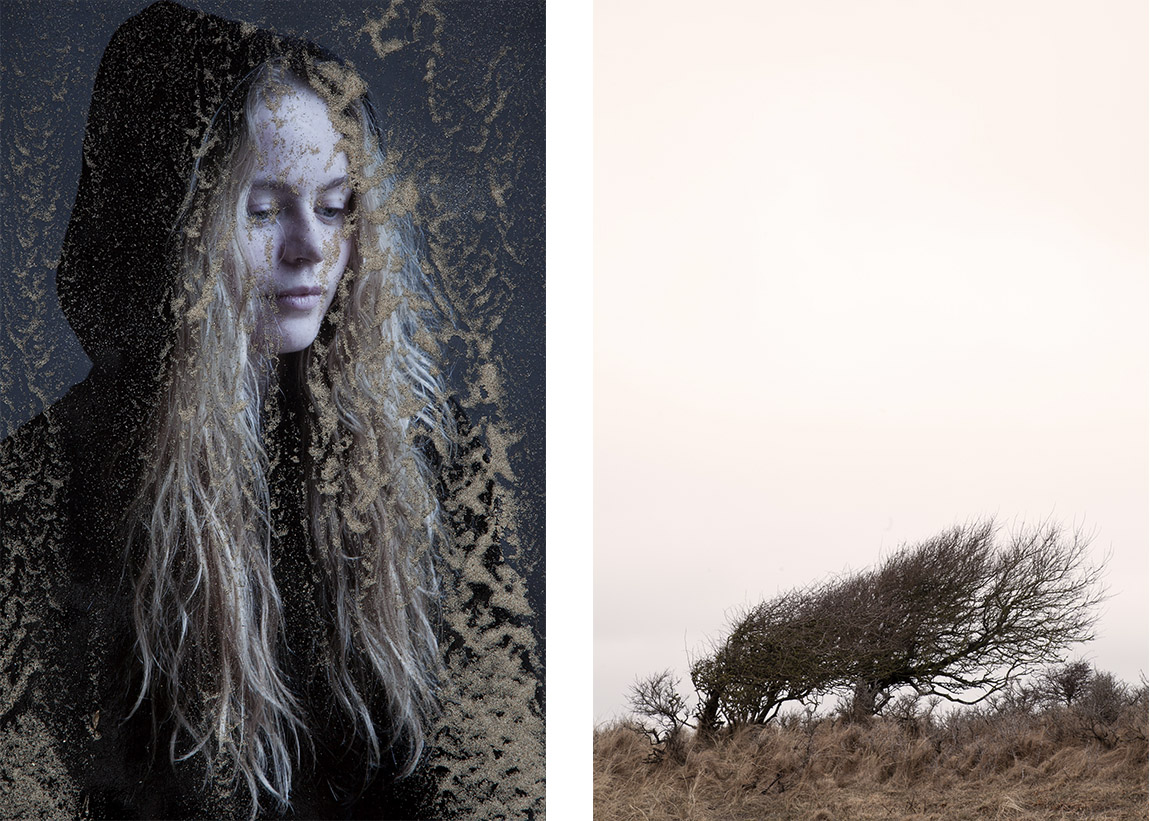 Mythical creatures and a changing landscape

“Joséphine Douet focuses on the people in Vendsyssel who live with and of the sea. She spends part of the year in Vendsyssel, where she has observed the changes in the landscape and is interested in showing the consequences that these changes have had on the locals,” explains Sine Kildeberg, museum director at Vendsyssel Museum of Art.

Through the exhibition, you’ll experience these changes yourself, allowing you to reflect on and ponder the consequences of climate change – for both humans and nature. The exhibition might also leave you with a feeling that humans can be powerless and small in relation to the power of nature.

“The title, The Breath of Leviathan – The Creature of the Sea, refers to the Old Testament, in which a mythical creature eats into the shore and foretells the doom of the world,” says Kildeberg.

There’s a clear connection between the landscape surrounding Vendsyssel Museum of Art and the collection it houses, the art very much inspired by the area’s diverse nature.

Vendsyssel Museum of Art is a museum for contemporary art that focuses on Vendsyssel. The museum is located in a former textile factory, which was turned into an art museum in 2003. Current and future exhibitions at Vendsyssel Museum of Art include: Joséphine Douet: The Breath of Leviathan – The Creature of the Sea Until 6 June, 2022 Cathrine Raben Davidsen: Graphic Works 1998-2022 17 June – 18 September 2022 Lisbeth Eugenie Christensen and Per Ahlmann 1 October 2022 – 8 January 2023 Web: www.vkm.dk Facebook: Vendsyssel Kunstmuseum Instagram: @vendsysselkunstmuseum