Vindveggen Architects: Let the sunshine in

With a timeless and robust living space, utilising the very essence of its surroundings, Vindveggen Architects’ latest flagship, Haneborgåsen Panorama, lives up to its 360-degree name.

One special feature of the new complex of soon-to-be 150 flats in the valley overlooking Lørenskog – a mere 20-minute drive from Oslo – is our very own star: the sun. With all apartments facing west, the light is the main character in this idyllic place. “To be allowed to build on such a beautiful site has been extraordinary. With the forest only yards away, and a view overlooking Lørenskog, it has been a true pleasure to lead on this project from start to finish,” says Martin Glomnes, general manager at Vindveggen Architecs.

From beginning to end

The process of turning this spot into a habitable place to build on began years ago – and the firm has been there from the very beginning. “We’ve been part of the project since the initial scouting of the area began. To have followed the journey of a place and a project for so long, really makes it rewarding in the end,” explains Glomnes.

They’ve been a core team of five, carrying this project through. “It’s great fun when people actually move in and start living there,” Glomnes continues. “I went to visit some of them, and it was just so lovely to see how they had made it their own.”

A house to live in

It truly is a place to make one’s own. At the moment, two of the in total six buildings are up, and in due course, the six will form a circle with a square between them. That Glomnes and his team have focused on greenery is not by chance. “By building a square in the middle, where there is no traffic – cars are all parked in an underground garage connected to the buildings – we keep the heart of this complex safe and green. It was fun to see that, already, one could hear children playing amongst the houses. It becomes a place where you can live fully and freely, and to me as an architect, that means that our initial plans have contributed to a good place to live.” 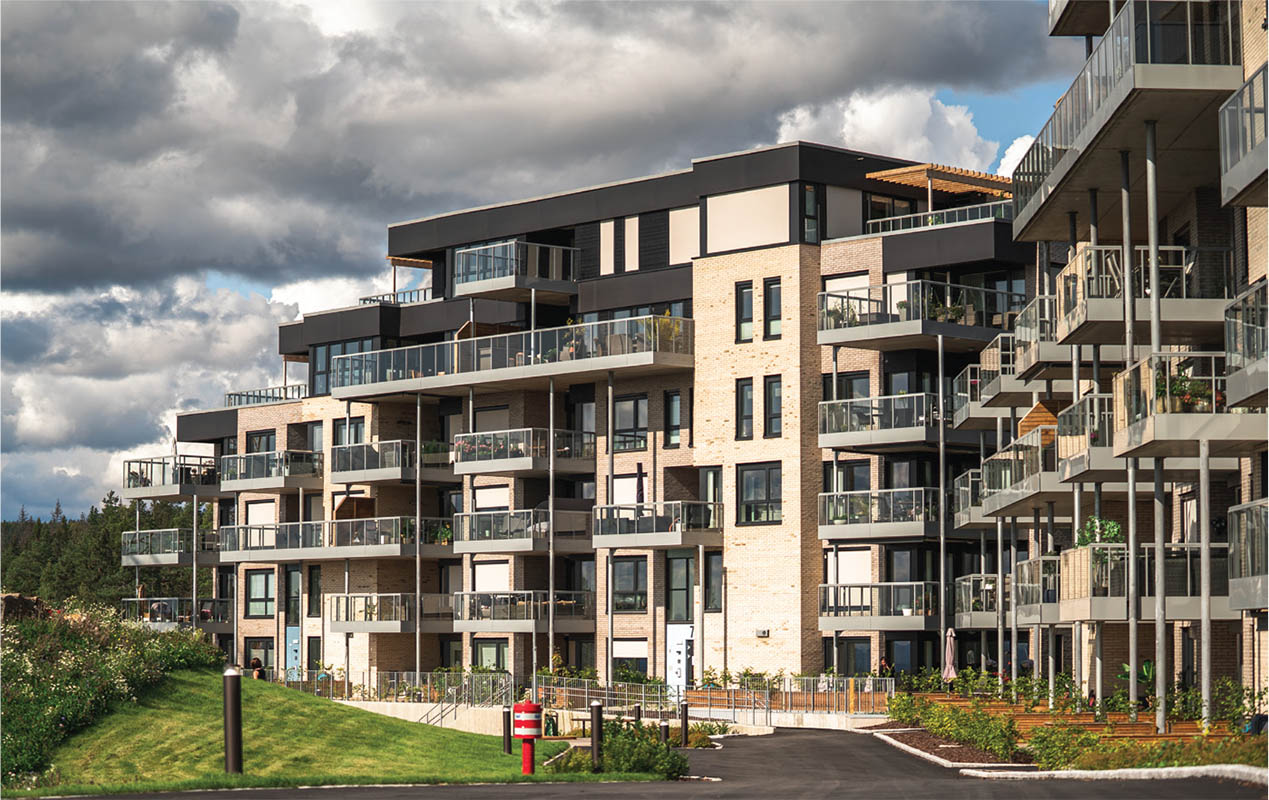 Vindveggen Architects builds houses that veritably shake hands with nature, based on an ethos that says that anything human-made should play on the same team as the ground it is built on. “We want to make architecture that not only looks good, but that’s formed – from the first drawing to the last stroke of paint – in line with its surroundings,” explains Glomnes.

And what a fine example Haneborgåsen is. With the mighty forest behind it, making for a green lung just outside the front door, and every living room facing the sun, it makes for wonderful living conditions. You can enjoy your glass of wine as the sun sets on a hot day, and go to bed in a cool bedroom, which has benn sheltered from the sun at the back of the flat. “By utilising the natural light and movements of the sun, we’ve built flats that invite you to live in them,” Glomnes continues. The lushest feature of the 150 flats might just be the fact that every living room is complete with its own veranda, making it possible to not only look at the sun coming in through your window, but to practically bathe in it.

“We try to think environmentally friendly where we can and choose materials that are durable and, if budget and building restrictions allow, go for low-emission materials. Our main goal is to make houses that are built on the conditions of the land that they’re on,” Glomnes explains.

The firm has had a vast and varied architectural career, from schools and kindergartens to swimming pools, houses and now, a new fire station. “It’s interesting for an architect to be allowed to work with such variation in buildings, and to get to be a part of the construction of houses that come to mean a lot for the community and for the life of possibly generations to come,” says Glomnes.

The team of architects from Vindveggen Architects taking part in the Haneborgåsen Panorama project: 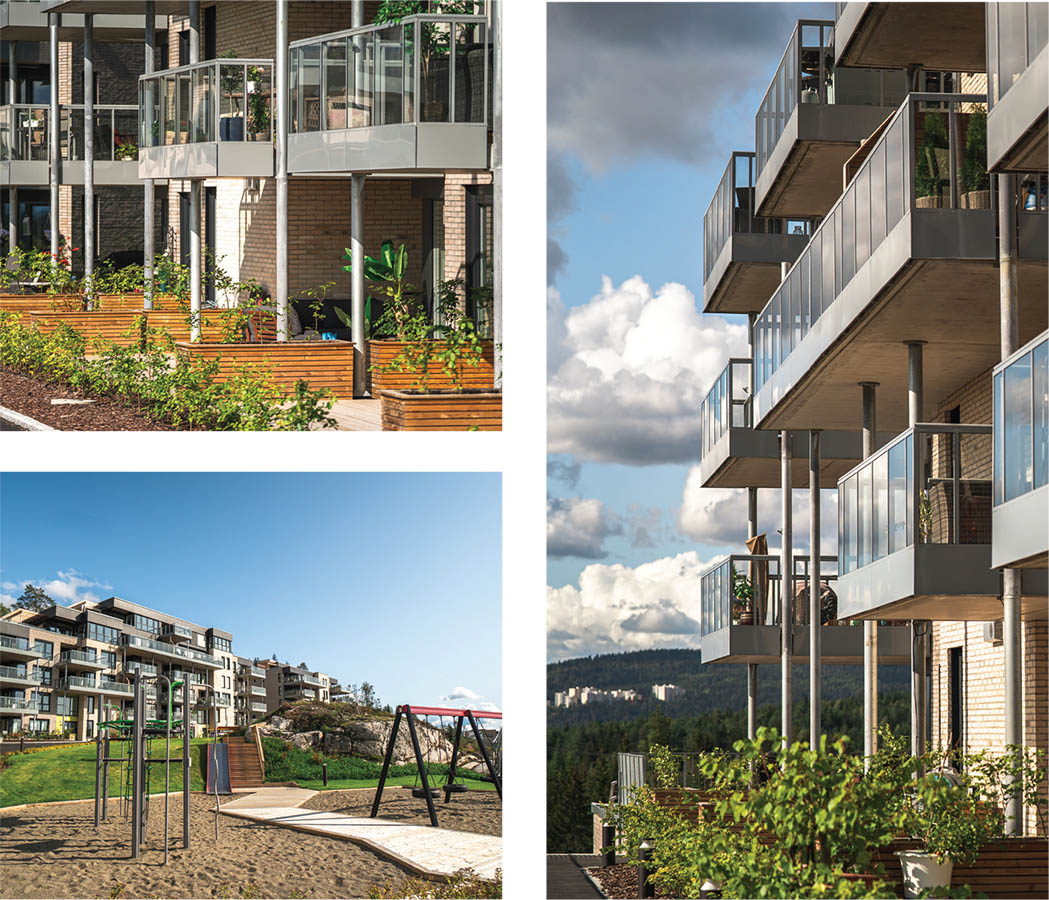 www.vindveggen.no Read the feature on issuu