W ithin the borders of Laponia, visitors can marvel at sights such as high mountain ranges, glaciers, large marshes, lakes and streams, and ancient forests. In the summer, those who visit the area should be prepared for the chance of running into one or several of the 65,000 reindeer who roam the region.

This vast, exceptional area in northern Sweden was made a UNESCO World Heritage Site in 1996. “This of course means that it’s important for all mankind to preserve Laponia, in terms of protection of nature as well as culture. The latter refers to the Sami culture and the reindeer herding in the area,” Kristin Luukinen, administrator of nature conservation in Laponia, explains. 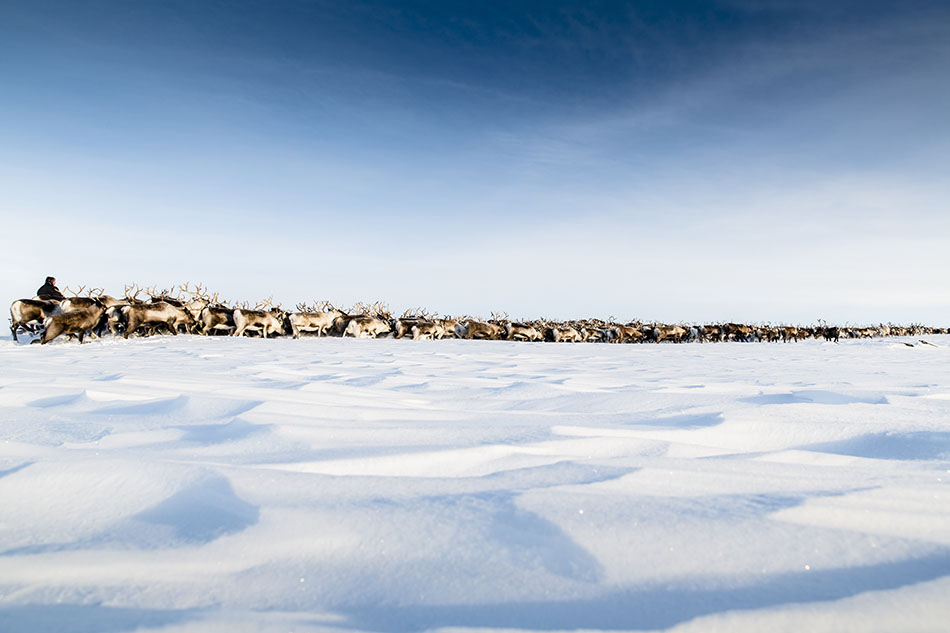 Laponia consists of four national parks and two nature reserves. Additionally, there are nine Sami communities in the area. In 2014, a visitors’ centre, which also functions as the gateway to the whole World Heritage Site, opened its doors to the public. Local Sami people chose the spot where Naturum Laponia, as the centre is called, was built. “At Naturum, we aim to inform visitors about the nature and Sami culture in Laponia, and to inspire them. We also advise on things such as walking tours and where the good spots for putting up a tent are. There’s also a lovely café here, serving local delicacies such as smoked Arctic char, reindeer sausage and waffles with cloudberry jam,” says Luukinen.

For those interested in visiting the area, it is worth adding that Laponia is the quietest place in Europe. Moreover, the spot furthest away from any road – about 50 kilometres – in Europe is found here.