Known for its beautiful landscape, local delicacies, and long, undisturbed coastline, the Limfjord is a haven for foodies, nature lovers and families alike.

Characterised by its many inlets, beautiful sandy beaches and small islands, the Limfjord seems like it’s been made for visitors to explore and enjoy. The area is also known as the source of some of Denmark’s best produce, from the local microbreweries to the delicate Limfjord Oysters. “Our area is not an area you come to in order to do a lot. It’s an area that almost demands that guests slow down and just enjoy life,” says Marlene Rasmussen from Danish Fjord Holiday.

“It’s also a place that people come to with their family, not for the big, glittery funfairs, but to be together.”

For families as well as couples, the area offers a string of nature and culture-related activities and attractions, from old manors and a medieval castle to fossil hunting and beautiful cycling routes.

Home of the organic dairy Thise Mejeri, Fur Brewery and, not least, the delicious Limfjord Oysters, the area around the Limfjord has become a destination not just for nature lovers, but for foodies too. One of the most distinctive food experiences is the Danish Oyster Bar, Glyngøre Shellfish, which delivers Limfjord oysters to some of Denmark’s best restaurants. Located in a red wooden building with stunning views of the Limfjord, the oyster bar serves oysters fresh from the oyster basins – and with the oysters, of course, Oyster Beer. Created by the Danish Oyster Bar, fresh oysters are added to the beer during the brewing process, thus giving it a refined taste of minerals, salt and nature.

The Oyster Beer is brewed in collaboration with Fur Bryghus, which with its adjoining restaurant and guided tours around the brewery (which must be booked in advance) is another must-see destination. Opened on the island of Fur in 2004, the brewery was one of Denmark’s first microbreweries but has since been followed by more. “We have more and more small producers shooting up – including breweries. They are small businesses passionate about local produce, and without any ambition of becoming big corporations,” says Rasmussen.

For those who prefer to catch their own dinner, the area also offers supreme angling opportunities with Karup Å (river) and the Limfjord within easy distance of each other. “In contrast to other places, what you get on the hook in the Limfjord is the natural stock, and they have plenty of space to move about and feed in, so there are good chances of making a nice, big catch,” explains Rasmussen. 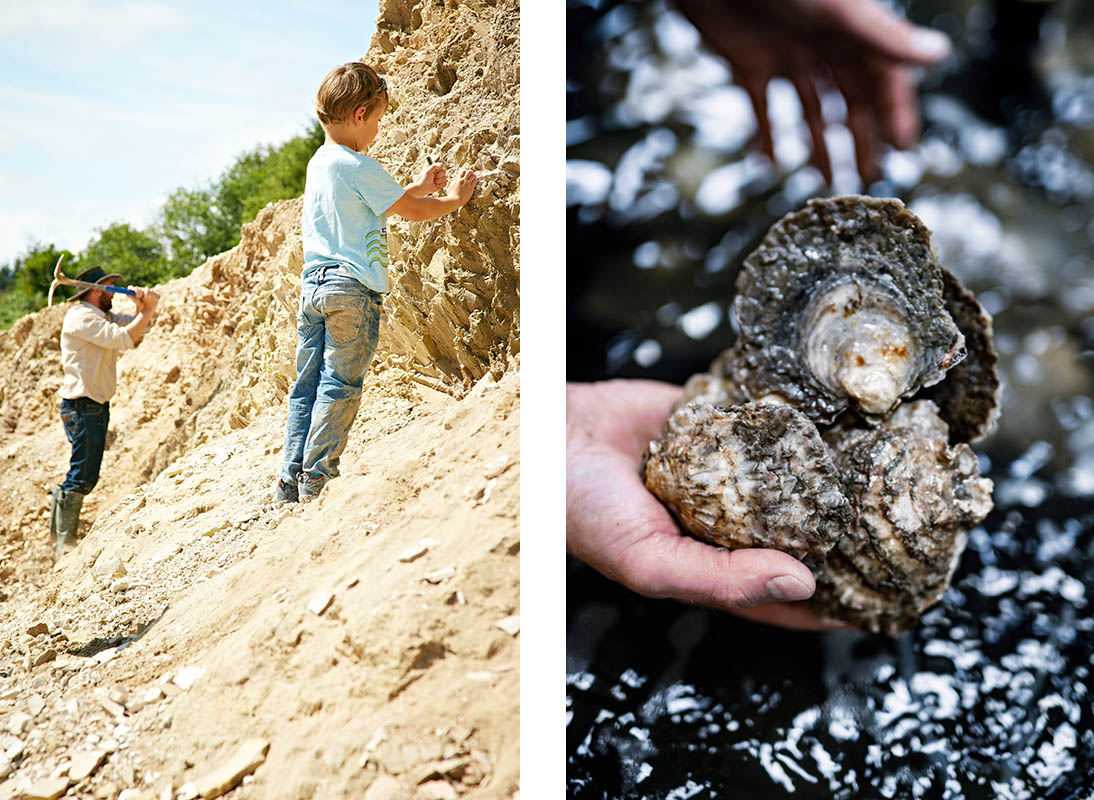 Left: On the island of Fur, budding geologists of all ages can hunt for and dig out 55 million year old fossils. Photo: Jacob Lerche Right: The Limfjord is also known for its delicious oysters. Photo: Cathrine Kjærø Ulf Ertmann

A place to be together

While the Limfjord’s indisputable star attraction is the fjord itself, the area around it is sprawling with little pearls, enjoyable for visitors of all ages. Among the popular family attractions is the impressive Spøttrup Medieval Castle. Having been renovated in 1941, the castle today appears as Denmark’s best-preserved medieval castle and offers a wide range of activities, from music to theatre and market days. Many families also choose to explore the area together by bike, with one designated cycle route leading all the way around the fjord. On the way, they can visit an array of small galleries or make a stop along the beaches, where nature guides are ready to introduce the little ones to all the creepy-crawly inhabitants of the fjord. “People don’t come to the Limfjord for one major attraction, except for the fjord itself. The Limfjord is a destination people go to when they want to be together as a family,” stresses Rasmussen.

On the island of Fur, guests can even get to meet, or rather dig for, the fjord’s past inhabitants in the form of fossils preserved in the island’s unique layer of mo-clay. The clay was created by microscopic algae 55 million years ago and is a geological feature so unique that it is, together with the island of Mors, currently on UNESCO’s tentative list for potentially becoming a Natural Heritage Site. Throughout the summer weeks, Fur Museum offers guided fossil hunts for budding geologist of all ages.

It is, however, not just families with young kids who enjoy the area. “We also have a lot of older couples attracted by the area’s peace, beauty and culture. Many drive around to enjoy the nature, visit the small galleries, and see the many majestic manor houses,” says Rasmussen.

One of the most popular historic and cultural attractions is the beautiful old home of Danish artist Jeppe Aakjær. The home is open to visitors, who can experience the poet’s old work office as well as his wife Nanna’s beautiful decorations. 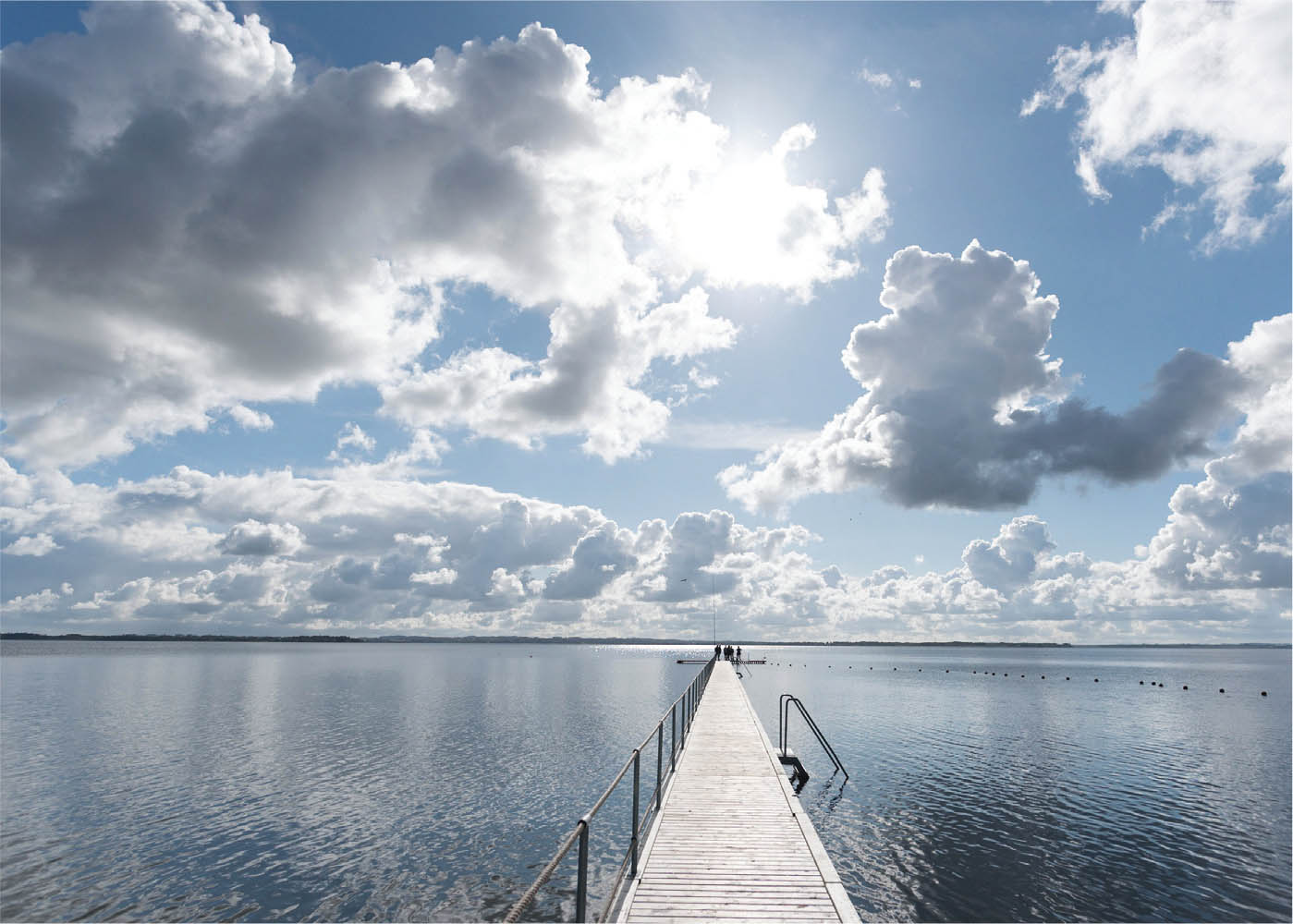 Web: www.danishfjordholiday.com For more information about angling in the Limfjord, visit: www.seatroutlimfjorden.com